Home / Blog / Support for biking to school pays off in Palatine

Support for biking to school pays off in Palatine 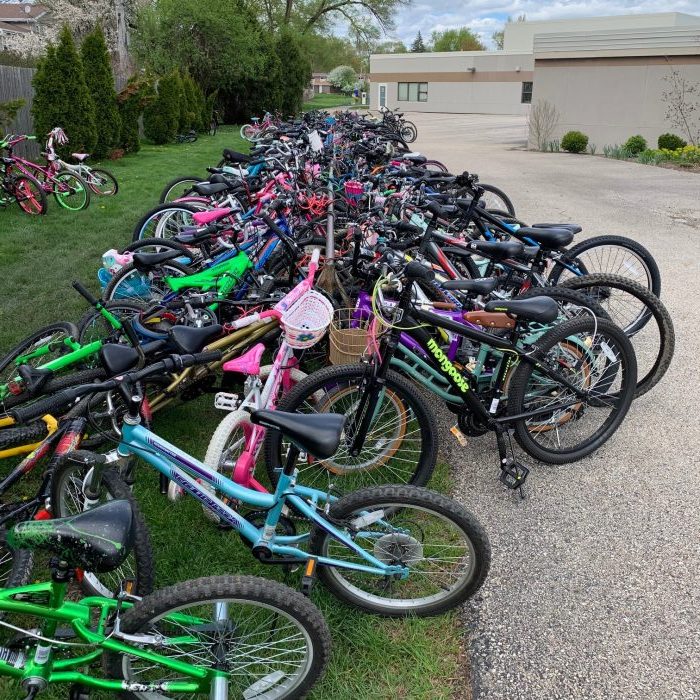 What started in Palatine with a single school and about 30 kids in 2003 is now an annual spring affair expanded to 13 public and private schools and 1,300 students.

Bike to School Day, held the first Wednesday in May, is now a community-wide effort in Palatine. The success of the event is due to various groups — PTAs, a local bike shop, and school administrators — pulling together creatively to urge students to cycle and to do it safely.

But much of the success is due to the work of the Bike Palatine Club over the years, and specifically the efforts of club vice-president Gail Artrip (pictured below).

Gail initiated the event in 2003 at Pleasant Hill School, which her own children attended, and extended it in 2006 to Stuart R. Paddock School where her husband teaches.

But it was Gail’s energy and vision that have driven the event to its current heights. “Gail has absolutely been the driving force behind this event, not only for our club, but in effect, for the entire community,” said club president, Wayne Mikes.

Several years ago Gail asked the District 15 school superintendent for his blessing on the event and asked him to encourage school principals to push the idea.

Since then, the event has snowballed. 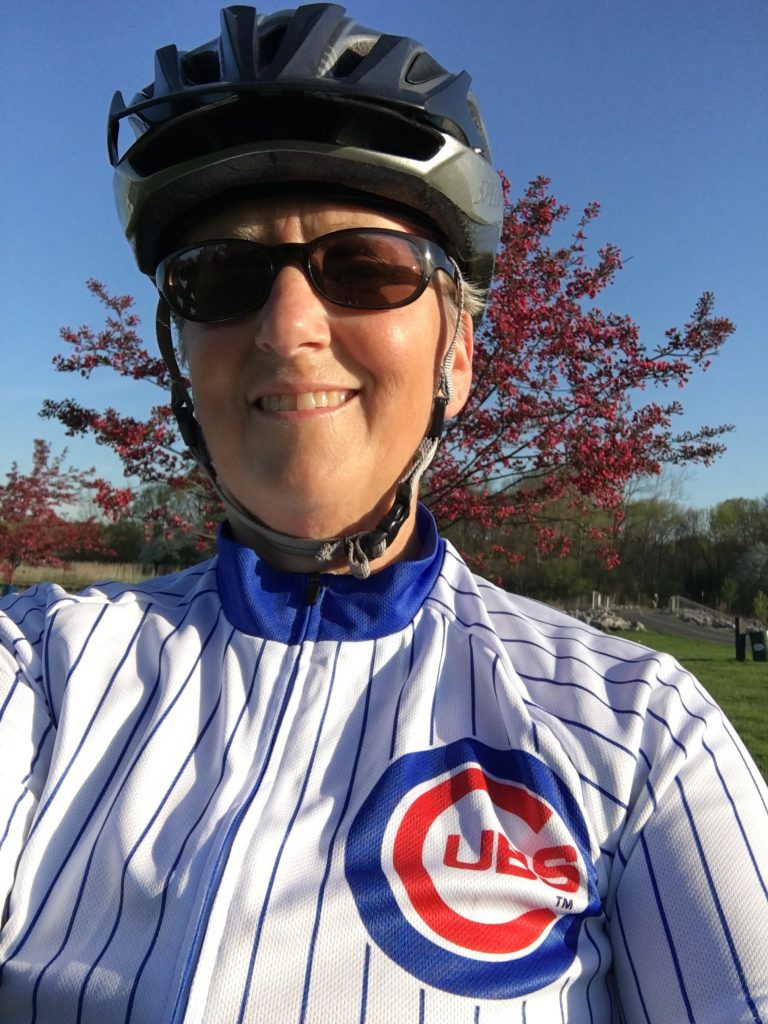 Starting in 2016, Gail asked PTAs to put up $40 that would be matched by the Bike Palatine Club. And then the funds would be used for bike safety gear — helmets, bells, lights, locks — that would be raffled to riders in each school.

This year, ten of the 13 PTAs joined in and the club increased its funding to $60 for each school’s raffle items. In addition, riders receive a sticker from the club as a badge of honor for their efforts.

In the past, one PTA even donated brand new bicycles 3 years in a row as part of its school-wide raffles.

In addition, one of the sponsors, Mikes Bike Shop in Palatine, stretches the total funds even further by providing bike gear at wholesale prices, including the bikes donated by the PTA.

Gail attributes the success of this event to the good-hearted cooperation she gets from all quarters.

“It begins with the support of our district superintendent. But most of the heavy lifting is done by the principals and PTAs. They do the e-mail and robo-call blasts to parents, pass out stickers and raffle tickets, take photos, tally bike counts and hold the raffles,” she said. “Our all-volunteer bike club coordinates the event, but we can’t begin to undertake an activity like this at so many locations.”

Gail said she’s motivated partly by a desire to turn around the statistics showing how few kids are now biking.

“In 1969, 42 percent of children walked or biked to school. In 2005, it was down to around 10 percent,” she said. “Stats surrounding child obesity, diabetes, and time outdoors are all headed south, too. If children aren’t encouraged to ride at an early age, they are far less likely to take it up later in life.”

Gail said she likes how the May timing of the event gets kids on bikes early in the year. “They experience biking as transportation and a fun activity with their friends through this event,” she said. “This helps normalize bicycling for them as youngsters.”

Club president Wayne Mikes agreed: “Each student who rides to school finds a safe route. That rider also becomes more aware of the cycling infrastructure, which our club has helped plan through the Village of Palatine. We hope this activity will lead them to be even safer cyclists as they grow up.”

More than 3,100 schools participated in various bike-to-school events in May, with 80 in Illinois and 23 in Cook County alone. The largest concentration of students — nearly 1,300 — was in Community Consolidated School District 15, including schools in Palatine, Rolling Meadows and Hoffman Estates.

This is a guest blog post written by Ralph Banasiak, a founding member of the Bike Palatine Club and former club treasurer. He’s been an Active Trans member since 2004.