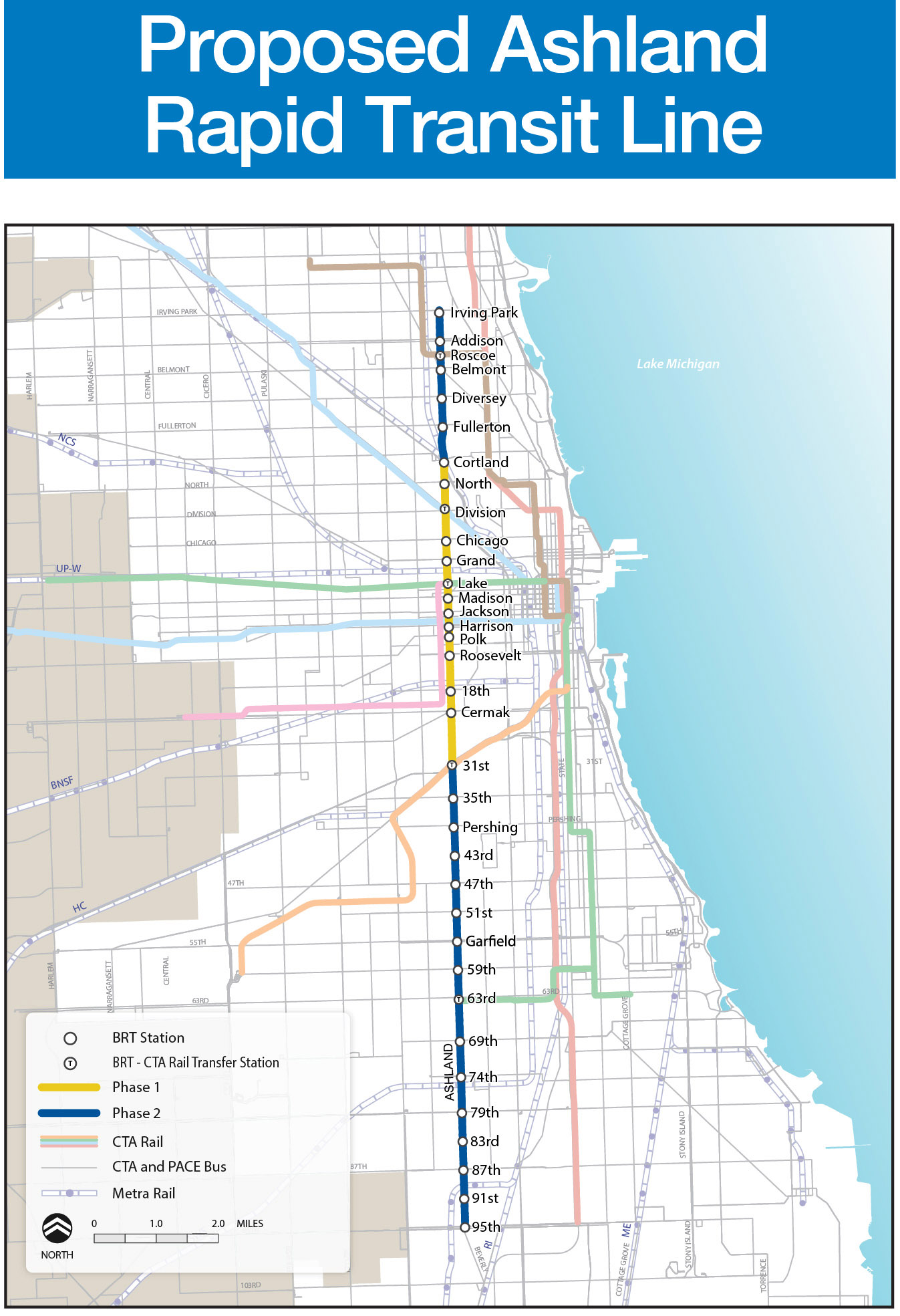 It’s election season and the proposed rapid transit line on Ashland has been in the news.

Unfortunately, though, there have been many misperceptions about the project going around and little focus on the positive impact it would have on our neighborhoods.

Our Executive Director Ron Burke and Jacky Grimshaw, vice president for policy at the Center for Neighborhood Technology (CNT), sought to change that with a recent op-ed in the Chicago Sun-Times:

Although there are reasonable concerns being voiced, some residents simply believe that preserving all four lanes of car traffic and every left-hand turn on Ashland Avenue is more important than expanding the city’s rapid transit network for the millions of Chicagoans who use it every day. They are entitled to their opinions, but our elected officials shouldn’t buy the false populism they are selling. Downtown Chicago is important, but so is every other Chicago community. It’s time to support our communities and everyday Chicago transit riders by connecting Chicago’s neighborhoods with rapid transit on Ashland.

Read and share Ron and Jacky’s op-ed with your network.

We’re partners with CNT on the Transit Future campaign, which aims to establish a revenue stream at the county level to fund transit improvements and expansion.

The Ashland rapid transit project is part of our campaign vision, and if the campaign is successful the project and others like it are much more likely to get funded.

Show your support for rapid transit on Ashland and other expansion projects by contacting your county commissioner about Transit Future today.