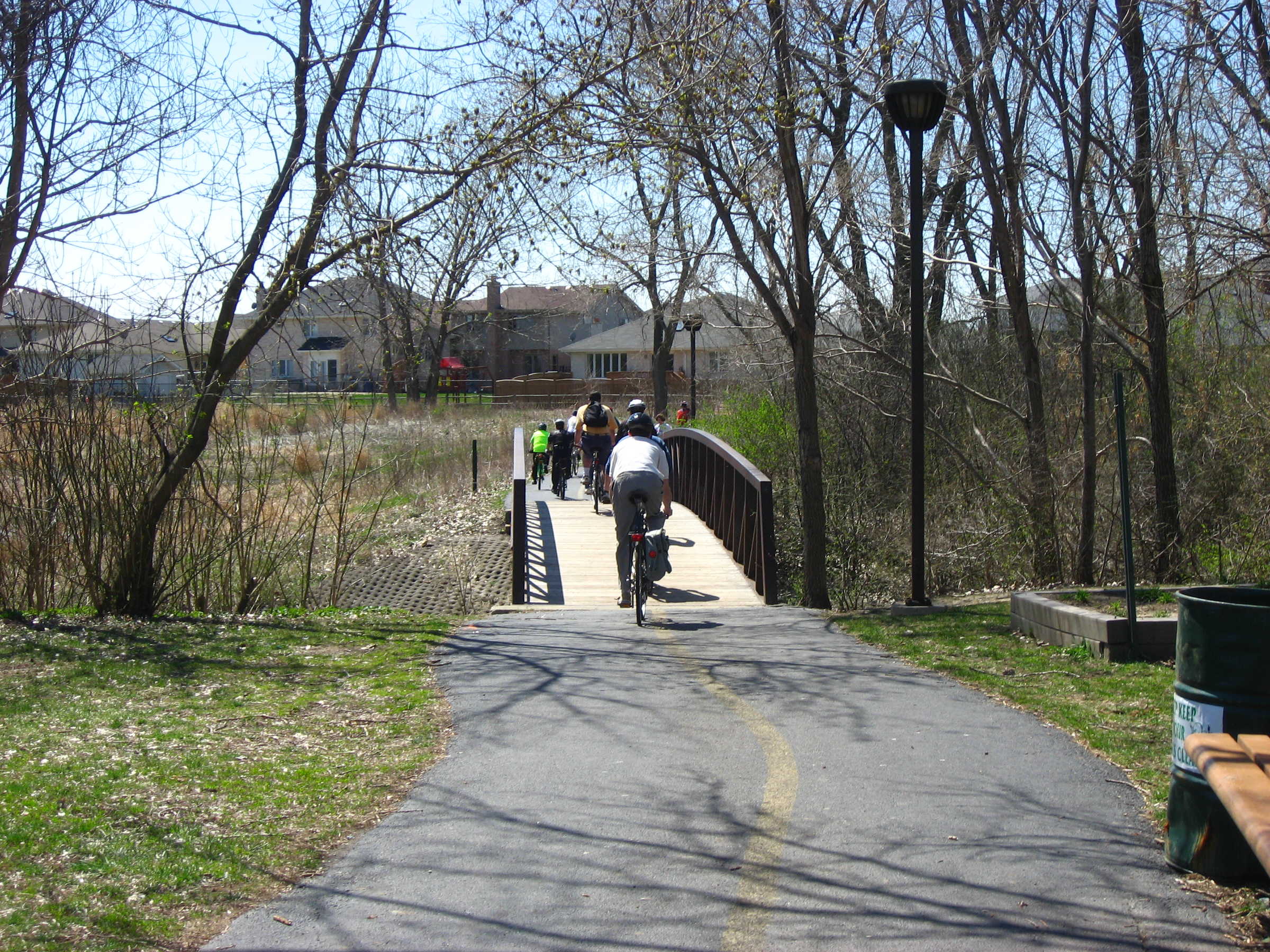 Last year, Active Trans worked with hundreds of members and supporters throughout the City of Chicago to develop our vision for the future of biking in the city, called Bikeways for All.

This summer we’re building off of that work and compiling all the best practices and priorities for improving biking in Suburban Chicago.

Our Suburban Bikeways for All report will lay the foundation for the future of our bikeways advocacy in our region’s diverse suburban communities.

We’re excited to share our report with you later this summer, but in the meantime, we wanted to give you a taste of all the great developments happening with bicycling in Chicago’s suburbs.

Active Trans, with leadership from our members and supporters, has played a role in the many successes listed here and we plan to continue working towards a stronger bike network for all in Chicago’s suburban communities.

Trail Extensions: Trail connectivity and access to the trail network is an important component of our Suburban Bikeways for All campaign.

These new trails offer safe and comfortable off-road options for cyclists — great alternatives for riders uncomfortable with riding on streets with vehicle traffic.

Active Trans works with these and other communities every day to encourage the creation of bike networks that are safe and comfortable for all.

Trail groundbreaking: The trail system in the Western Suburbs of Chicago is very strong, offering many opportunities to residents for recreation, exercise and commuting.

Local organizing: Active Trans is working to make the network stronger by advocating for new trails, strengthening access to the trails, and making sure trails are properly maintained.

Stay tuned for more information about this work in our Suburban Bikeways for All report, due out later this summer.