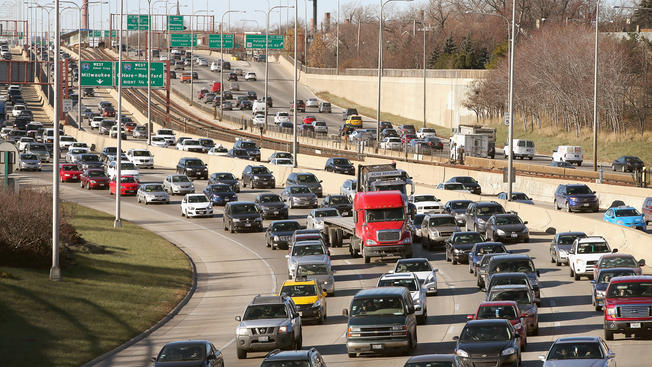 Like previous iterations, the 2017-2022 plan is full of projects designed to move as many cars as possible as fast as possible along Illinois’ roadways, in addition to routine maintenance of roads and bridges that are long past their intended life spans.

Thanks to a new 5-year federal transportation bill, this year’s plan is $2.8 billion larger than its predecessor. With the bulk of the funds tagged for street widening and resurfacing projects that maintain the status quo in state transportation planning, there is good reason for concern.

It’s clear new highway capacity in urban areas like ours leads to more driving, more congestion and development patterns over time that discourage and deemphasize walking, biking and transit. Yet, we keep doing it.

In adding lanes to I-55, IDOT is at least being innovative by proposing managed lanes that would operate under a “congestion pricing” model where users would be charged a varying toll based upon the number of vehicles in the lane and the rest of the highway.

This is preferred to adding more standard travel lanes, but the project could be more effective if it repurposed existing travel lanes to managed lanes.

Another thing that jumps out when reviewing the plan is the sheer cost of the many highway and bridge projects: $600 million for the overhaul of the Jane Byrne Interchange, $32 million for adding 2.1 miles of auxiliary lanes and rehabbing a stretch of the Kennedy Expressway, $27 million for rehabbing a bridge on Illinois 53.

By comparison, the Chicago Department of Transportation (CDOT) spent $12 million in federal funding over four years to build more than 100 miles of new bikeways, sparking a bicycling boom across the city.

Sign up to receive advocacy alerts about various state and local projects.

IDOT did take a major step forward in 2015 by completing the first protected bike lane on a state route on Chicago's Clybourn Ave. The state’s also in the early stages of implementation of its first Bike Transportation Plan, which includes lots of strong recommendations that – if funded and implemented – could transform the bicycling network statewide. If dedicated funding isn't attached to it, though, the plan is likely to just sit on the shelf.

Investing further in projects like these could mark a new era in Illinois transportation planning and move us beyond the outdated, car-centric planning that’s apparent throughout the state’s new plan.

In introducing the plan, IDOT says it understands the department needs to look at a full range of transportation options and evaluate how they affect mobility for all users. New leadership has indicated in public and media comments that a shift away from car-only planning is coming.

Unfortunately, this plan doesn't reflect that commitment. Instead, it's more of the same.