Sidewalk snow removal in Chicago should be a city service 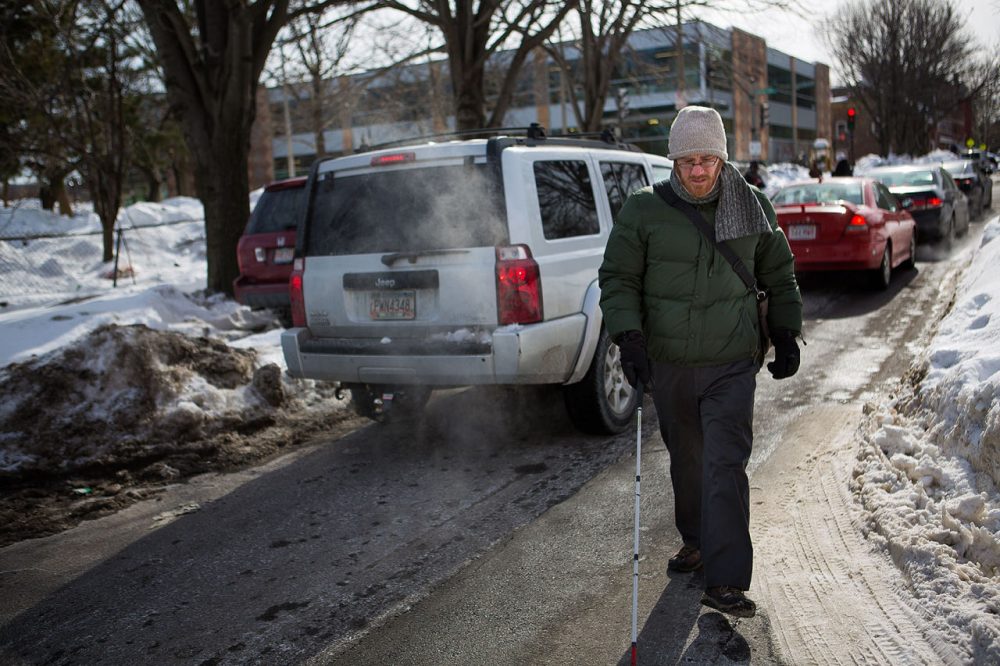 The following is a guest blog post by Michael Podgers, an organizer with the local advocacy organization, Better Streets Chicago.

Chicago is experiencing the first balmy days of spring. But as always, winter will return, and it will bring back the many annoyances of falling temperatures, like ice and snow.

For many, these are inconveniences. People may gripe, but they won’t stop daily life.

But for many thousands of other Chicagoans, winter weather can shut down daily life. Snow and ice in particular can be menacing, especially when unplowed snow and ice block sidewalks, preventing people from using them.

The #PlowTheSidewalks campaign, which Better Streets Chicago is leading with the support of our partners Access Living, is making the case for sidewalk snow plowing to become a municipally-funded public service in Chicago.

HOW THE CAMPAIGN STARTED

The campaign started out of frustration. Kyle Lucas, a co-founder of and organizer with BSC, and I are both city residents who don’t own cars and depend on walking, biking, and transit to get around.

We quickly felt the impact of the blizzards that buried Chicago under several feet of snow in February 2021. As pedestrians, we frequently found ourselves trudging through deep snow along stretches of unshoveled sidewalks, leaping over puddles of slush at crosswalks, and clambering over piles of snow at bus stops.

After learning why this was, we quickly realized we had to do something to change things.

Chicago has a century-and-a-half old policy that requires residents, business owners, and property managers to keep their adjacent sidewalks clear of snow and ice during the winter. The result is a haphazard, snowy mess.

Some blocks are appropriately shoveled while others remain impassable under layers of snow and ice. Bus stops, crosswalks, and other sidewalk infrastructure are generally ignored entirely.

The reasons why this happens with the current policy are myriad, but the fundamental problem remains that it is unreasonable to put the responsibility to provide an essential public service on residents. It’s unreasonable to leave something as important as keeping sidewalks clear up to such a haphazard and unmanageable system.

It’s clear the current system based on individual responsibility does not work. We can all see the job isn’t getting done. City hall must take responsibility for this vital public service. It’s too big and too essential of a job to not be managed municipally.

Sidewalks are the most fundamental part of Chicago’s transportation system. Everybody uses a sidewalk at some point during a trip in the city — something that can’t be said for any other mode of travel. Even the most dedicated driver will eventually need to get out of the car at their destination and use a sidewalk for the final distance.

THE IMPACTS OF UNSHOVELED SIDEWALKS

For many of us who walk or roll, bike, and take transit regularly, snow-covered sidewalks start as inconveniences. It becomes an insult when people in cars — many of whom are in four-wheel drive vehicles — are afforded plowed and de-iced roads as everyone else must climb over a snowbank for the umpteenth time.

But for many Chicagoans, a sidewalk or bus stop obstructed by snow and ice can shut down life. It makes infrastructure impassable for people with disabilities, senior citizens, and parents with small children. 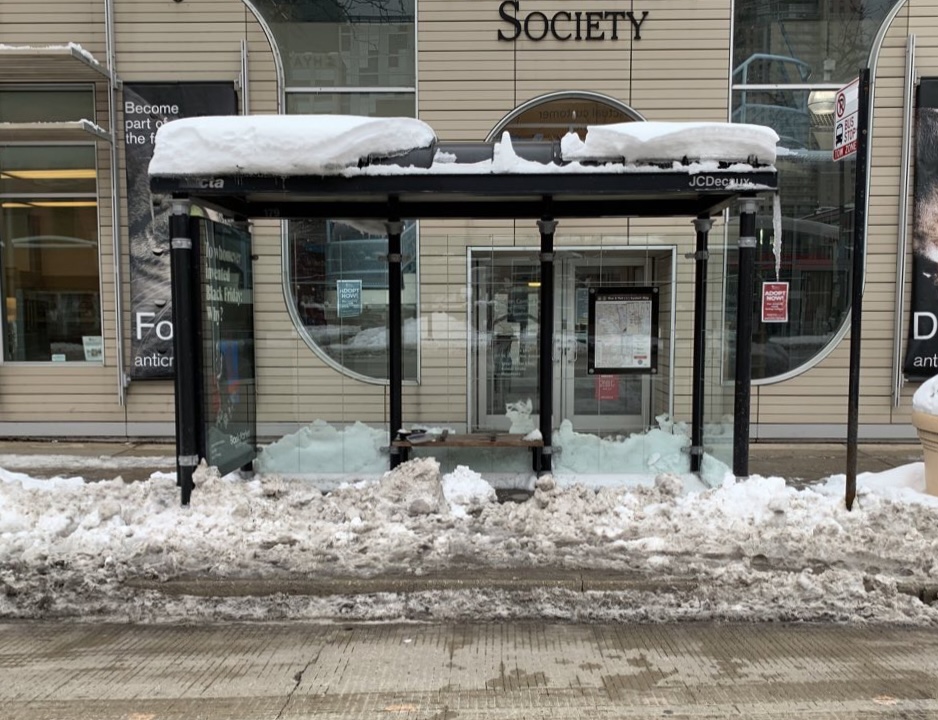 Some people are stuck at home for days at a time, unable to make errands or shop for groceries — or simply get coffee with a friend.

And it hurts our economy by discouraging people from walking to local businesses. (As a veteran bartender in Chicago, I can attest to the monetary impacts of Chicago’s slow season.)

It also undermines attempts to address the climate crisis by limiting opportunities for people to walk, bike, or take transit instead of driving.

THE CAMPAIGN: HOW TO GET INVOLVED

The #PlowTheSidewalks campaign is about ensuring that all Chicagoans are provided a diverse, accessible, safe, and convenient transportation system. At the center of this must be accessible sidewalks — all year round.

By plowing city sidewalks of ice and snow, the city will show residents that it cares about their safety, convenience, and needs. It will guarantee accessible transportation year-round to people regardless of their age or ability. It’s a feasible program that promises to have a major impact on improving the lives of people in the city.

To support the campaign, you can sign Better Streets Chicago’s #PlowTheSidewalks campaign here. The petition will be delivered when 5,000 signatures are collected.

Michael Podgers is an organizer with Better Streets Chicago.