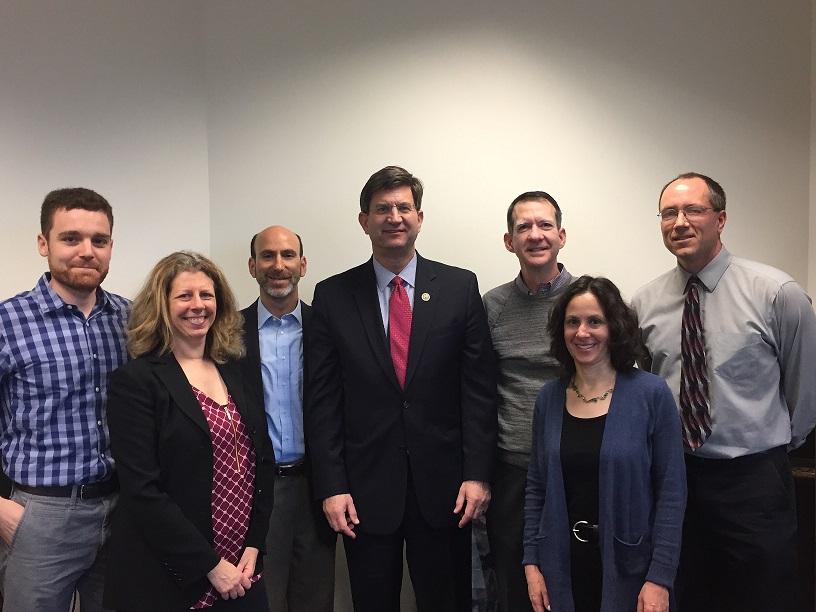 Even before President Trump released a budget blueprint featuring major cuts to transit spending, we knew it was going to be a critical year in Washington, D.C. for active transportation.

The transition to a new administration and new Congress typically creates a period of uncertainty on major policy issues. This is complicated by the reality that for the last several years members of Congress have proposed cutting most or all federal spending on biking, walking and transit projects.

Fight back against President Trump’s proposed cuts by signing and sharing our letter to Congress.

As our movement has become larger, stronger and more diverse, we’ve consistently defeated these proposals with bipartisan support, but there’s no certainty that will be the case again in 2017 and beyond. To shore up local support, we started meeting with members of the Chicagoland Congressional delegation soon after the election to talk about the impact of federal transportation spending in their districts.

Each meeting was led by local advocates who lived in the district and were experts on community needs. We left the meetings with commitments to remain in touch throughout the budget process and several new contacts for our federal advocacy.

Join hundreds of Chicagoans who have already signed our letter to Congress against the cuts.

To date, we’ve met with Rep. Peter Roskam (6th), Rep. Raja Krishnamoorthi (8th), Rep. Brad Schneider (10th), Rep. Randy Hultgren (14th) and Sen. Tammy Duckworth. We also touched base with several other offices we’re in contact with regularly, and followed up with staff in D.C. as part of the Illinois delegation at the National Bike Summit.

Just this week, 33 U.S. Senators – including Illinois Sen. Durbin and Duckworth – signed a letter supporting transit spending to leaders of the Senate Appropriations subcommittee with jurisdiction over transportation.

If you’d like to help organize a meeting with your member of Congress, reach out to kyle@activetrans.org.