Say NO to a "roads-only" capital bill in Springfield 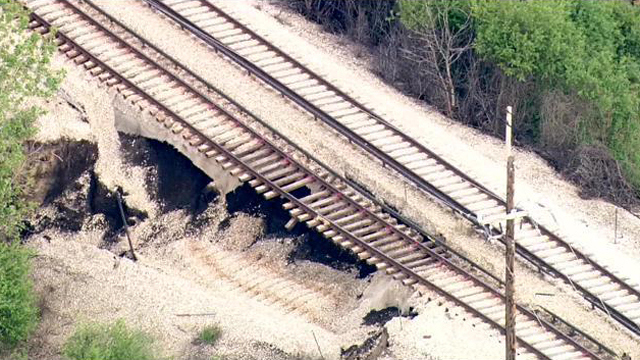 The hits just keep coming for people who ride transit, bike and walk in Illinois.

Last week, Illinois House Speaker Michael Madigan introduced a mini-capital bill that would give the Illinois Department of Transportation (IDOT) access to $1.1 billion in bonds for road projects, but nothing for transit or safe biking and walking infrastructure.

Meanwhile, Gov. Rauner continues to champion a budget proposal with across-the-board cuts for transit, including slashing nearly one-third of state funding for the Regional Transportation Authority (RTA) while adding $120 million to the state's road construction fund.

Tell leaders in Springfield that transportation is about more than highways.

Backwards proposals like these make you wonder if leaders are taking notice of what's going on in the Chicago region, where our transit system faces a $31 billion deficit just for regular maintenance and repair.

Major problems like this one will keep happening if we fail to properly invest in our system — and it's not just transit.

The proposals we've seen from leaders in Springfield so far do nothing to improve and expand our regional infrastructure for safe biking and walking — like sidewalks, bike lanes and enhanced crossings.

Even relatively affordable, cost-effective programs like Safe Routes to School are under threat, limiting the ability of cities to make walking and biking paths to school safer for children statewide.

We need your help. Sign a letter to your legislators supporting transit and safe biking and walking.

All of this is happening while more Chicagoans of all ages are choosing to walk, bike and ride transit every year. More residents are choosing active and efficient ways to get around, yet we're failing to invest in a transportation network that serves those people. It's time for our leaders in Springfield to catch up.

Image of the track erosion courtesy of CBS Chicago.