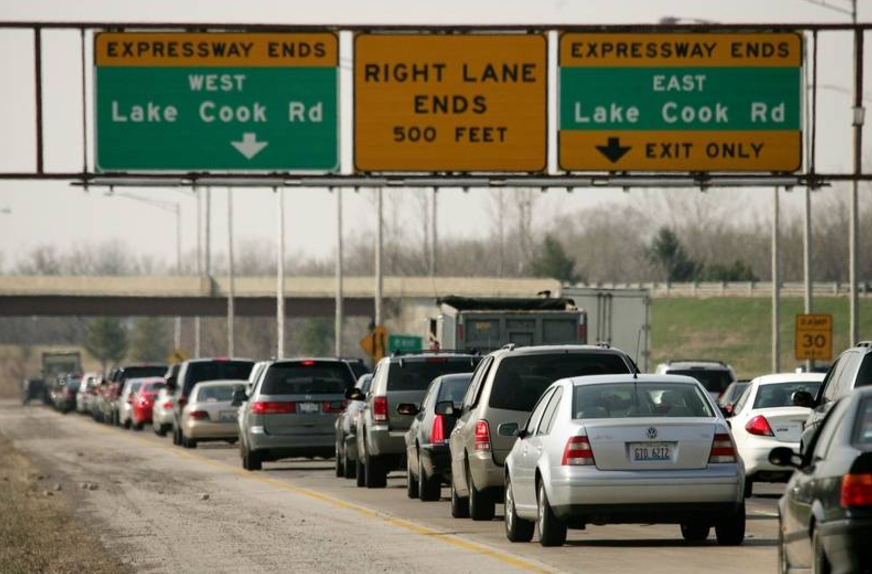 Raise your hand if you've heard this before: A state agency makes false promises to the public that building or extending a road will completely solve traffic congestion problems.

This time, it's the Illinois Tollway Authority, which announced plans to take a step towards extending Illinois Route 53 in Lake County.

Yesterday, an Illinois Tollway subcommittee approved a $25 million proposal to conduct an environmental impact study (EIS) for the Route 53 extension.

This decision comes as other state transportation agencies around the country have acknowledged that building more roads results in more traffic.

At the same time, research shows that investments in pedestrian and bicycle infrastructure will bring tens of billions of dollars in benefits for all Americans.

Supporters of the highly controversial extension have maintained that it will relieve central Lake County's traffic congestion. But the research is clear that building more roads encourages more driving — a well-studied phenomena known as induced demand.

It's time for our transportation agencies to stop misleading the public about the impact of road projects. Much like proposals to expand I-294 and the Eisenhower Expressway, the Route 53 extension will only make the headaches experienced by drivers worse.

Ultimately, this cycle overwhelms any new capacity generated by expanding a road and results in more traffic congestion.

Social trends are also changing the need for more roads. Increasingly, people have the flexibility to work from home. Companies are relocating to areas close to transportation. Cities are investing in transit-oriented development and more people are choosing to live in walkable communities close to public transit.

Route 53 is not just a road extension; it is a large-scale development proposal. The Route 53 land-use plan projects the addition of 25,000 new homes, 65,000 new residents and 42 new schools. This development will easily overwhelm an extension of Route 53 over the long-term.

The EIS contract now goes before the Illinois Tollway Board for a vote on Thursday.

We call on Governor Rauner and the Illinois Tollway Board to drop the Route 53 extension as it will only add more cars to Lake County roads.