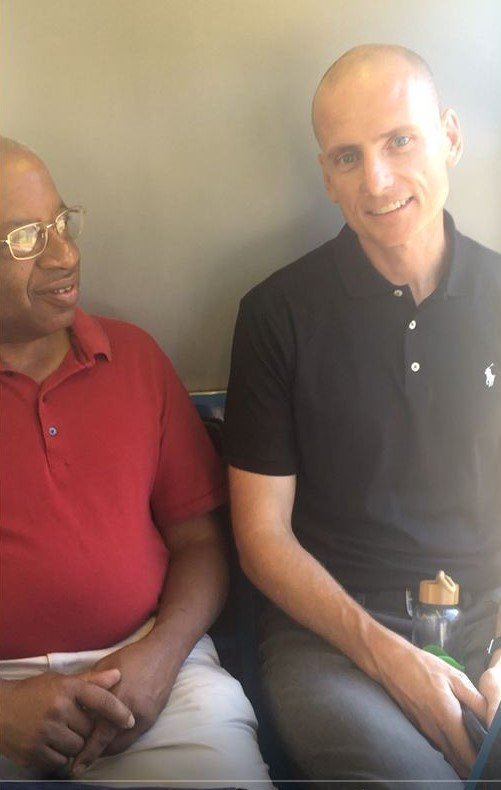 On a warm August morning, Active Trans staff rode the Irving Park Bus with 45th Ward Alderman James Gardiner west from the Six Corners intersection to the Irving Park Blue Line and back. The goal was to get a sense of the daily experience of those 17,000 bus riders on this route.

During the ride, Gardiner said he sees the need to improve the speed and reliability of bus service on Irving Park Road.

Bus ridership in Chicago fell a staggering 21 percent since 2012 and much of this drop happened on the city’s busiest routes, like the #80 Irving Park bus. Slow and unreliable bus service is causing would be riders to consider other less healthy, sustainable, and equitable options.

Fixing this problem requires elected officials stepping up and working with transit agencies to give buses priority on city streets. Features like dedicated bus lanes, traffic signal priority, and faster boarding speed up service and bring riders back to the bus.

To bring attention to the lack of bus priority on Chicago’s streets, Active Trans is inviting aldermen to ride the bus in their wards and talk with constituents about how to make it better.

See what Ald. Gardiner had to say about the importance of fast and reliable bus service for the 45th Ward.

Another bus route that needs attention in the ward is the Pulaski Ave #53. It’s the slowest route in the entire ward as well as the slowest segment of the entire route — and one of the stretches of the route with most bus bunching.

If you believe buses deserve priority on Chicago streets with dedicated bus lanes, priority at traffic signals and faster boarding, go to www.activetrans.org/lightfoot to send a message to your alderman and the Mayor.

And, if you live in Chicago, don’t forget to check the grade your ward received on our Bus Friendly Streets Report Cards.

Photo above shows Ald. Gardiner on the right and Active Trans Campaign Organizer W. Robert Schultz III on the left.