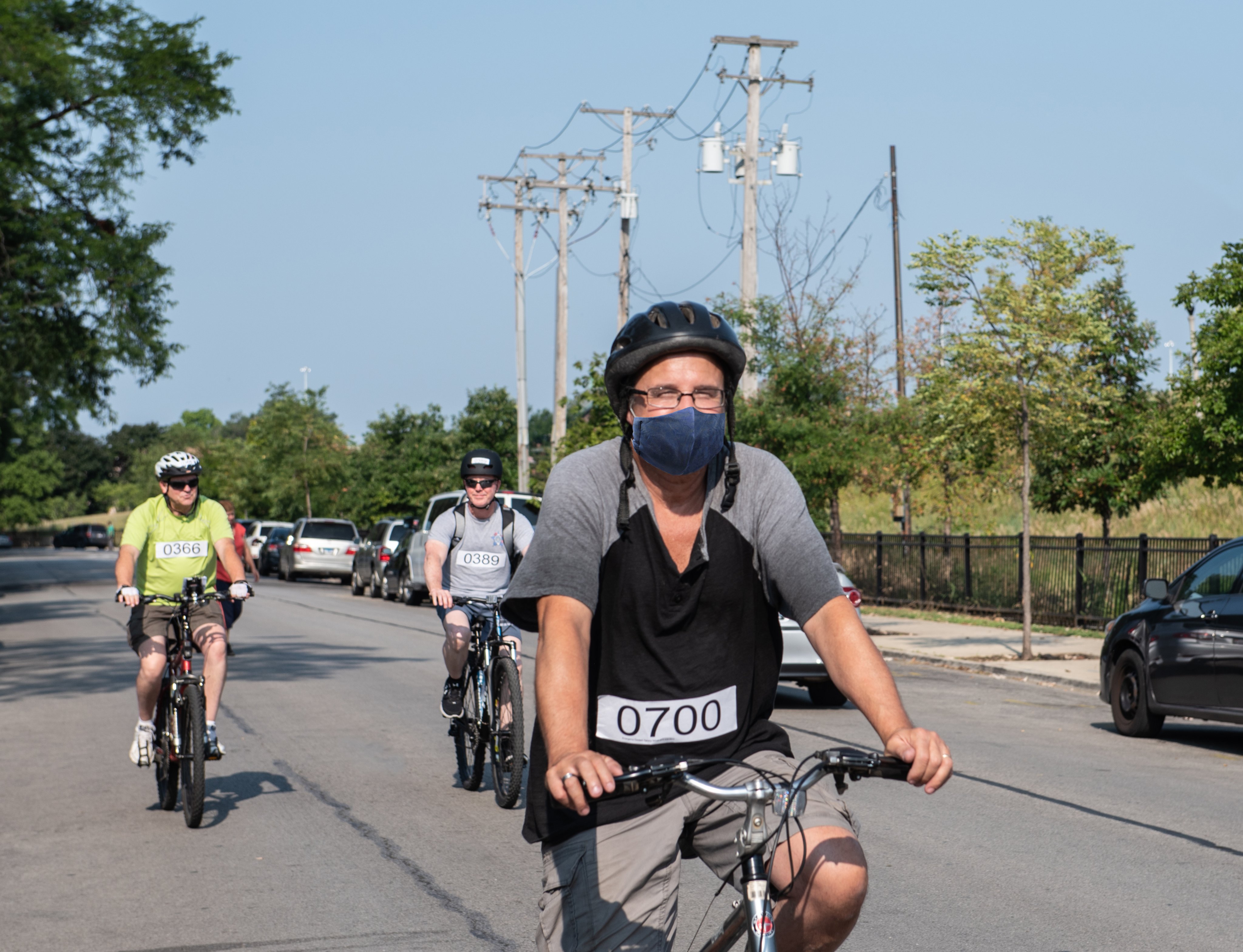 Looking for some socially distanced physical activity this fall? From the organization that brings you Fifth Third Bike the Drive,  Trans now brings you the Boulevard Lakefront Tour, the self-led bike ride edition!

You choose a route and we’ll send the map for you to ride on any date you choose.

We have crafted (and tested!) FIVE unique bike routes to explore Chicago on two wheels. Whether it’s a 30-mile ride through the North, West or South Sides, a 75-mile adventure through the entire city, or a short 8-mile family friendly bike ride, there is a route for everyone!

Since biking is an activity that easily allows for social distancing, you can feel safe keeping six feet away from others! (We recommend following all COVID-19 safety precautions while out riding)

Along the routes, stop by our points of interest and learn more about Chicago’s history. This year we’re highlighting Margies Candies, the confectionery that gained it’s fame in 1965 after The Beatles stopped by for a treat; the Statue of the Republic, a replica of the 1893 original erected during World’s Columbian Exposition; and the Talman West Ridge Bungalow Historic District, an area with 181 bungalows built between 1919 and 1930 with a distinct Chicago feel.

The Boulevard Lakefront Tour (BLT) itself has a great history behind it. This event began in 1989, four years after the organization was founded as the Chicagoland Bicycle Federation (CBF). The ride continued through 2010 when CBF became the Active Transportation Alliance.

BLT was the organization’s first fundraiser, but it was more than that. The ride occupies a special place in the history of Chicagoland bicycling because it proved to elected officials that thousands of people wanted to ride and improve conditions for bicycling.

“We go back to the days when very few people biked in the Chicago region and ours was often a lone voice,” said Active Trans board member and CBF’s first Executive Director, Randy Neufeld. “Even 10 years ago, ideas like protected bike lanes, the Divvy bike-sharing program, thousands of daily bikes trips to Metra stations, or the thought that 6,000 bikes per day would travel Milwaukee Avenue would have been viewed as pipe dreams by most everyone!”

BLT’s fundraising success grew with the organization and allowed CBF to move out of survival mode into programs that made a powerful and lasting impact on the region.

As the only local advocacy organization that works throughout the region for better walking, biking, and public transit, we need your support more than ever. So please sign up, become a member, and help us keep fighting for safer streets for all!

Ready to ride? Register here or learn more about the routes online.