Reported doorings increase in 2015 – what does it mean? 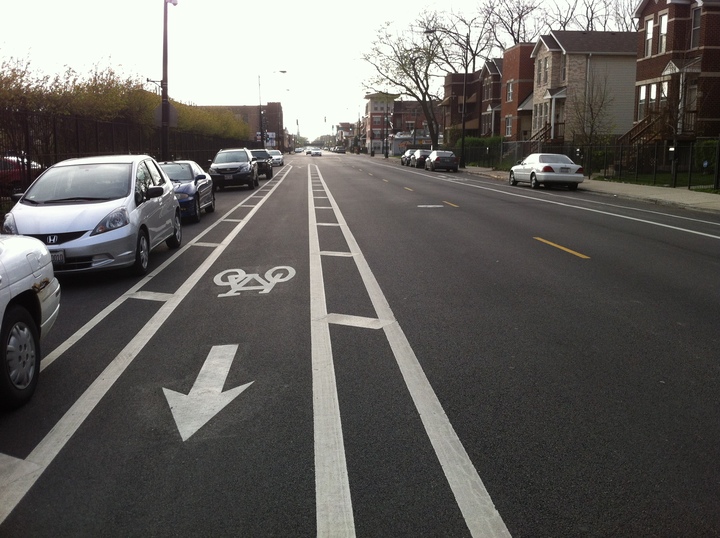 The number of reported dooring crashes in Chicago increased by almost 50 percent between 2014 and 2015, according to data recently published by the Illinois Department of Transportation.

Doorings are crashes that happen when people open car doors into the path of a person on a bike, leading to a dangerous collision, serious injuries and even fatalities.

What do these numbers mean?

Because of issues with data and reporting, it can be hard to nail down exactly what’s behind these numbers.

The increase in reported doorings may reflect a few different underlying trends, such as a growth in the overall amount of cycling, better data collection from law enforcement, or an increase in the number of people calling police after a crash.

The greater number of doorings is probably a combination of these or other causes and effects. But without a more rigorous analysis and more reliable data we really can’t say for sure.

Despite the murkiness and an inability to peg down trends in dooring crashes, we should be doing all we can to prevent them. That includes building better bike lanes, ramping up education efforts for drivers and cyclists and fairly enforcing traffic laws.

Indeed, many of these things are already happening in Chicago. The city has added more than 100 miles of new buffered and protected bike lanes, which feature designs that minimize the risk of doorings. The city has also engaged in educational campaigns and increased fines for doorings.

While the trends in doorings may be unclear, one thing is certain: Chicago continues to experience an unacceptable number of preventable crashes on our roadways. We need to double down on the proven strategies to reduce and eliminate doorings and other dangerous crashes.

As we stay committed to this goal, it is important not to forget the progress that has been made. Biking in Chicago is safe and getting safer all the time.

The rates of biking have more than tripled since 2000, while the number of reported crashes has only fluctuated modestly.

While we can’t say exactly what’s behind the reported increase in doorings in 2015, we won’t rest until we eliminate preventable fatalities and serious injuries. Please join us in this work by signing up for action alerts and advocacy updates.