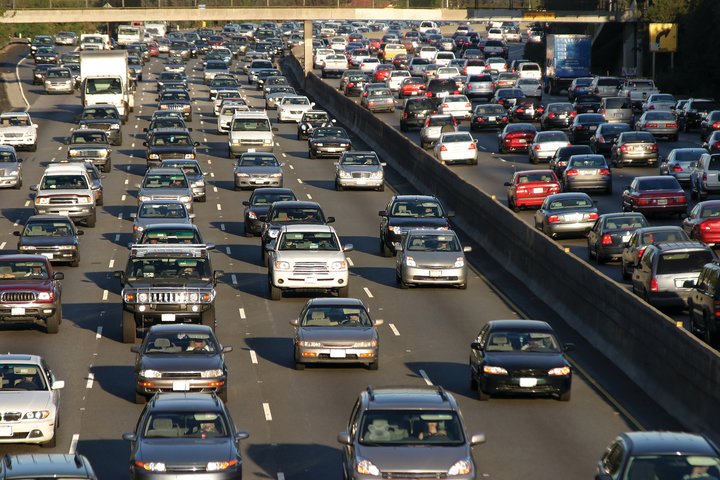 A new study released this week by TransitCenter shows that Chicago is one of two cities, along with New York, where transit riders say they are shifting a significant share of their transit trips to Uber and Lyft.

The report shows that Chicago needs to do more to improve bus service to win back riders given that bus ridership accounts for nearly all the recent transit ridership loss in our city.

Buses move many more people than cars while taking up a fraction of the street space, and yet Chicago and other cities continue to give priority to people who drive or ride alone. Bus riders are more likely to be low income and people of color, so as a matter of equity, more investment is needed to prioritize buses on our congested city streets.

Growing traffic from Uber, Lyft and private vehicles directly impacts bus service. Active Trans has been calling for improvements like dedicated bus lanes, all-door boarding and more frequent service through our Back on the Bus campaign.

Overall, respondents cite frequency, crowding, safety and reliability as key priorities for transit agencies to address. The divergent trends of transit in different cities show that “all ridership is local,” rather than a microcosm of the national story.

Overwhelmingly, survey respondents who abandoned or substantially scaled back their transit use replaced those trips with increased private car use, with Chicago and New York City being the two outliers.

Among transit riders who said they’re using their own cars more today than they did two years ago, 30 percent said they’re driving more because “other options got worse” — i.e. transit service became slower and less reliable. Only New York had a higher percentage than Chicago on this measure.

Moving and housing affordability has a large impact on transit use—and generally, due to factors like gentrification, low-income respondents are pushed farther from transit when they move, threatening their ability to use transit.

Investments that prioritize transit on our streets are key to winning back riders. Elected officials must act boldly to get buses moving faster on our crowded streets.

Active Trans identified ride hailing as a key contributor to falling ridership in our 2017 Back on the Bus Report, alongside a call for more data transparency from the ride hailing companies. Without access to the data, we cannot fully calculate the impact ride hailing is having on transit ridership and congestion.

While transit faces competition from cheap gas, cheap auto loans and the growth of Uber/Lyft, these factors make it even more important for public officials to deliver fast, frequent and reliable transit service. If they do, ridership will grow.

As the recent PIRG report, Driving into Debt stated: “Access to a car is all but required in much of America to unlock opportunities for work, education and play. But the financial cost to households is steep: Transportation is the second-leading expenditure for American households, behind only housing.”

In attempting to build a more equitable city, Chicago’s leaders need to build a system where riding the bus is more comfortable and convenient than hopping in the car. The most critical policy imperative is making opportunities accessible without a car.

Want to engage your local elected official in person on the urgent need to invest in transit? Check out Chicago’s first-ever Bus Friendly Streets Report Cards and sign up as a Back on the Bus Volunteer to learn about how to advocate locally within your ward for bus only lanes faster boarding, and giving buses priority at traffic lights.