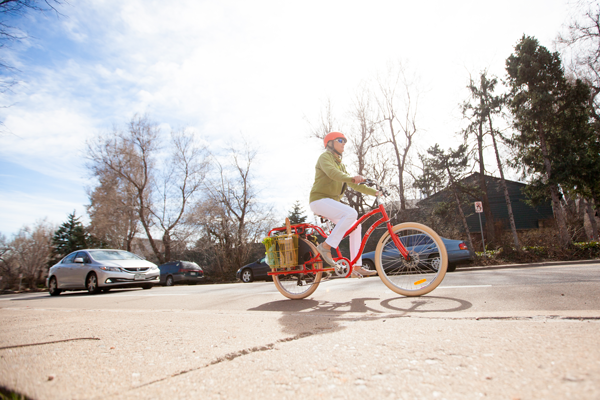 A state law passed in 2017 establishes a regulatory structure for electric assist bicycles (e-bikes) in Illinois and helps riders understand the new technology.

The bill amended the Illinois vehicle code to create three classes of e-bikes based upon the bike’s equipment and top speed.

Previously, the state vehicle code didn’t distinguish electric bicycles from gas powered bicycles, and it wasn’t clear where they should and shouldn’t be permitted.

The 2017 bill allows all three classes of e-bikes on streets and sidepaths, unless the local regulatory agency opts out. Similar legislation was enacted in Arkansas, California, Colorado, Tennessee and Utah.

The bill passed both houses of the Illinois General Assembly last year and was soon after signed into law by Governor Rauner. It was supported by the bike industry and national advocacy organization People for Bikes. Active Trans signed on in support of the bill.

Active Trans supports a statewide regulatory framework for e-bikes and encourages local agencies to establish their own policies around e-bike usage.

We’re excited about the potential for e-bikes to make biking more popular and accessible, especially for people who are travelling longer distances or through hilly terrain. E-bikes could make it easier for people to replace car trips with bike trips, which is a great outcome for our cities.

Notably, the legislation does not apply to trails because the vehicle code does not have jurisdiction over trails, which are governed by local park districts, forest preserves and some state agencies.

If regulated properly, e-bikes have the potential to provide a boost to the bicycling movement in the Chicago region and contribute to continued growth.