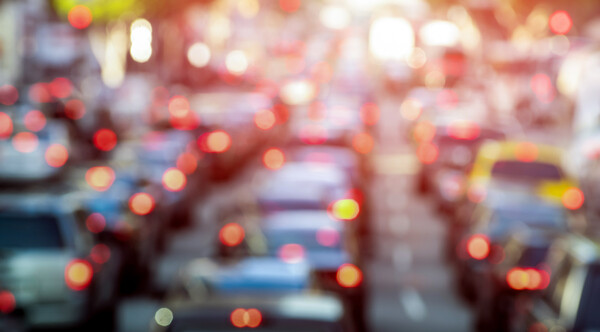 Despite nearly 450 people speaking out against a series of roadway expansion projects, leadership at our regional planning agency approved plans to add nearly 300 lane miles to our region’s roadways.

As roadway expansion plans are being stopped in the name of racial equity, climate change, safety, and fiscal responsibility, it was disheartening to see the Chicago Metropolitan Agency for Planning (CMAP) give the green light to local road expansion projects as part of its updated regional plan.

While road expansion efforts are often justified with claims of reducing congestion, the truth is that expanded roads soon become just as congested as they were before. It’s a well documented phenomenon known as induced demand.

During the public comment period for the plan update, representatives from Active Transportation Alliance and other advocates spoke out against the road expansion plans at multiple public hearings. We also mobilized nearly 450 people to speak out against these destructive roadway projects and demand that we focus on more sustainable and safer forms of transportation.

“We are concerned about expanding our lane miles amidst a national and local safety crisis,” I told the Chicago Sun-Times. “By CMAP approving this plan, it is telling agencies such as the Illinois Department of Transportation that it is OK to adhere to the status quo and build car-centric communities when we should be supporting sustainable transit projects like rail-line extension and protected bike lanes.”

“When it comes to concerns about climate change, roadway safety and genuine transportation options for Chicagoland residents, businesses and visitors, the nearly 300 miles of roadway expansion included in CMAP’s regional plan will have a detrimental effect,” Ride Illinois Executive Director Dave Simmons told the Chicago Sun-Times. “Reducing the amount of vehicle miles traveled is an important factor in reducing overall traffic deaths.”

Active Transportation Alliance has been pushing CMAP to change how it evaluates which projects are eligible for federal funding. Instead of prioritizing driver speed and convenience above all else, CMAP projects should be evaluated by considering their impacts on climate change, equity, and safety.

States such as Colorado have implemented new greenhouse gas emissions rules that can stop dirty, destructive roadway projects. Illinois could be next.

Active Transportation Alliance is working with the Illinois Department of Transportation, the governor, and the state Legislature to create safer streets and better transit options. We want Illinois to be at the forefront of planning safe, sustainable, and equitable transportation infrastructure.