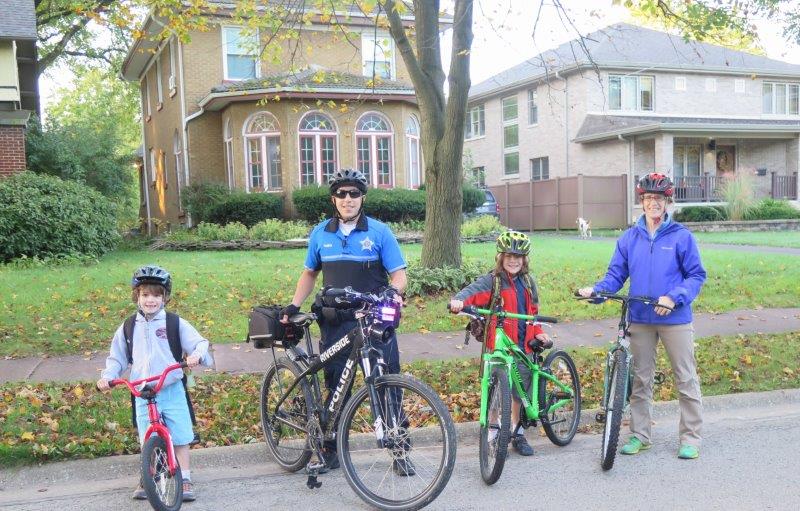 After winning a ride to school with a police officer in a raffle, a Riverside student opted for a police escort while biking instead of getting a ride in a squad car.

Alex Schrier (left), his brother James and their mother, Rachel (far right), got an escort to Central School last week as part of the raffle prize for the Ride to School fundraiser.

During the bike ride to school, the officer had his lights and siren on, and kept it on when he pulled up in front of the school so that the other students could recognize Alex and his family as the winners of the raffle (police bikes in Riverside are equipped with lights and sirens).

The Riverside Police Department has participated for years in the Ride to School program as part of a raffle held for fundraising at area schools. Traditionally, raffle winners are given a ride to school in a squad car by a Riverside police officer.

The group biked a half mile from the winner's home on the 200 block of Herrick Road to Central School at 61 Woodside Road.