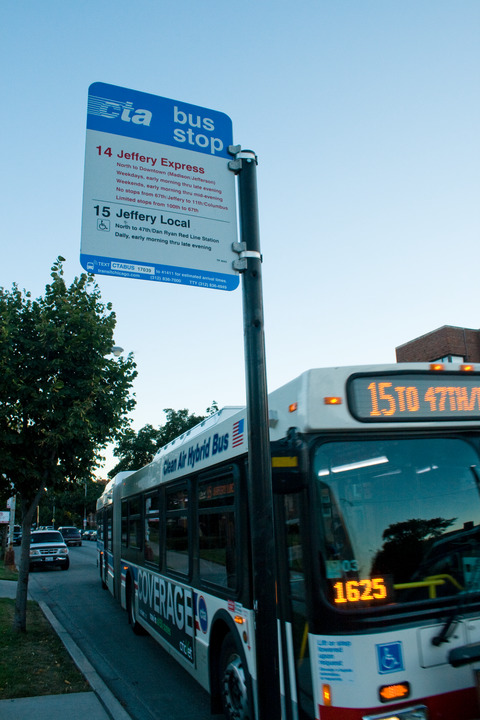 The Chicago Urban League, founded 100 years ago, works for economic and social progress for African Americans and has a rich history of advocacy, collaboration and innovation.

Their study, 100 Years and Counting: The Enduring Legacy of Racial Residential Segregation in Chicago in the Post-Civil Rights Era, released in March of this year examines issues facing the most economically disadvantaged African American communities in Chicago. Transportation is one of the issues examined in the report.

Stephanie Schmitz Bechteler, Director of Research and Evaluation at the Chicago Urban League, recently visited the Active Transportation Alliance office so staff could learn more about the study.

The study shines a spotlight on the effects of racially driven disinvestment from African American neighborhoods in Chicago and finds that a rash of disinvestment from the South and West Sides of Chicago has greatly affected access to jobs, therefore causing high unemployment rates.

Spatial mismatch, the phenomenon wherein people who live in one area and work in another, is common among black workers on the South and West Sides. Chicago’s hub-and-spoke transportation system offers decent access to jobs in downtown Chicago, but connecting the spokes, especially in economically depressed areas, is still a major challenge in our region’s transit network.

Some of these affected workers who have watched as jobs have left their communities have little recourse but to work in distant suburbs.

This reverse commute doesn’t usually leave workers many options, and oftentimes taking public transportation becomes a part-time job in and of itself.

Continued regional sprawl, or the development of populations away from centralized areas into sprawling, car-dependent communities, is a contributor to this issue.

“Transportation policy has disproportionately favored some areas over others, creating an unequal distribution of benefits and burdens across the transportation system,” reads the report.

For example, in Chicago’s far South Side and south suburbs, where adequate alternative transit options are sparse, Active Trans is currently working with the Coalition for a Modern Metra Electric. Our aim is to make the Metra Electric District line to run more frequently, at an increased speed, in order to meet the needs of more riders. Demands of the coalition also include fare integration across Metra, Pace and CTA in order to make the Metra line more accessible.

Active Trans seeks to the close gaps in transit service quality in order to remedy the broader opportunity gap revealed by Chicago Urban League’s breakthrough report. Transit and access to jobs should be a basic amenity of every Chicagoan.