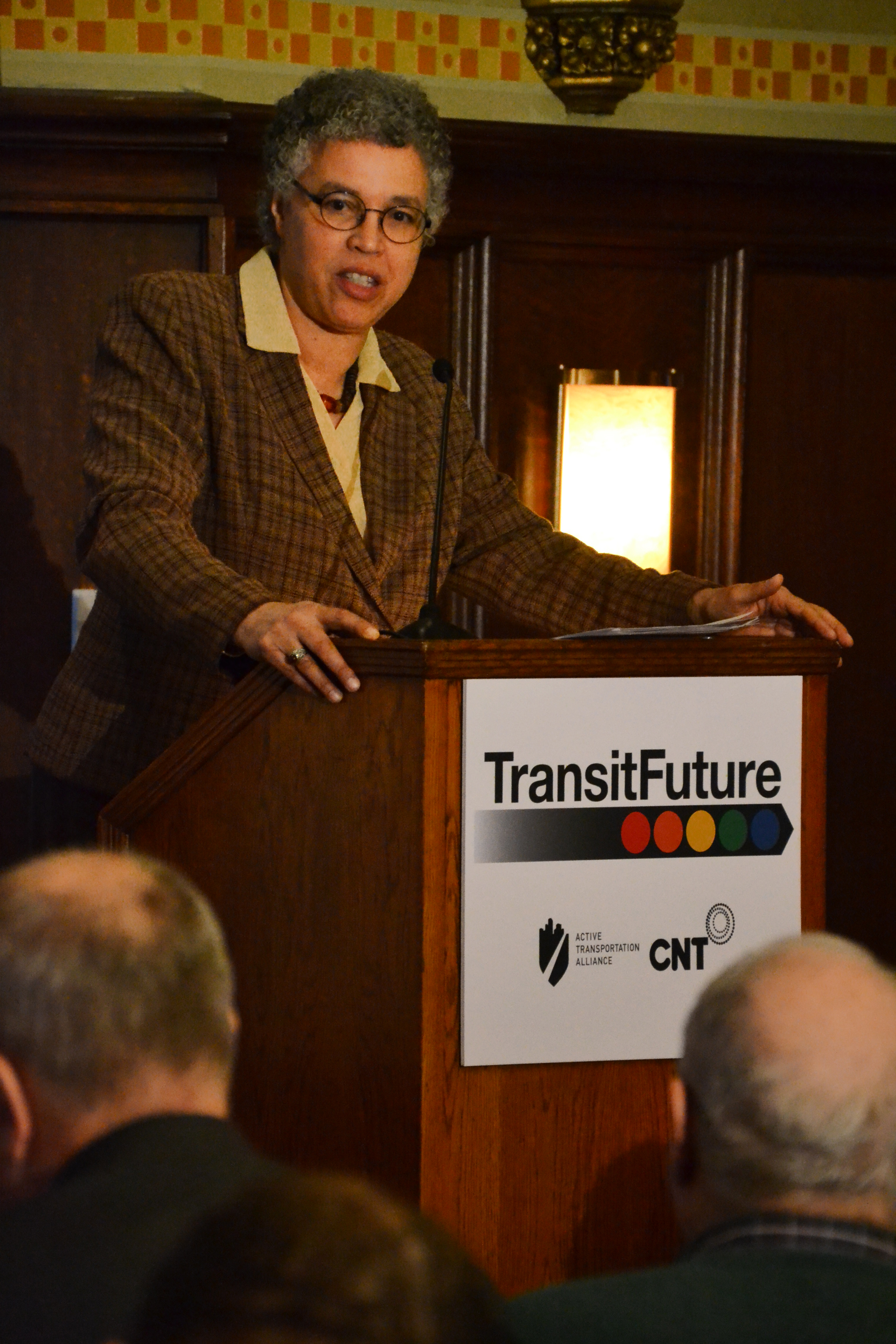 In the last few weeks elected officials have taken notice of the growing momentum for investing in rapid transit expansion in the Chicago region. Now we need supporters like you across Cook County to contact your leaders and let them know you’re on board.

Sign a letter to your county commissioner today in support of rapid transit expansion.

Since we launched Transit Future with the Center for Neighborhood Technology (CNT) last year, one of the biggest barriers to convincing county leaders to take action on transit has been the looming pension crisis.

Leaders have been unwilling to consider approving new revenue for transit before addressing pensions, the county’s most pressing financial burden. That situation could change in the next couple of weeks.

Last month the Chicago City Council unanimously passed a resolution in support of Transit Future and our goals of transit expansion in Cook County. Later in June Cook County Board President Toni Preckwinkle proposed a one percent sales tax increase to the board, with the new revenue going towards pensions and servicing the county’s debt.

Since the proposal surfaced we’ve been making the case for a broader revenue package that, in addition to addressing pensions from the past, invests in our future by establishing a dedicated revenue stream to fund transit improvements and expansion.

Tell President Preckwinkle and the Cook County Board it’s time to invest in our Transit Future.

We know funding transit expansion is an investment that creates a continuing return for our communities for decades to come. It would create jobs, spur economic development, reduce the cost of living for working families and improve access to job centers throughout the region.

Adopting a robust revenue stream for transit in Cook County as part of a broader revenue package would show the rest of the country we're working towards a prosperous future, not just resolving issues of the past. It's time to start building a transit system fit to serve its riders in the 21st century.