Home / Blog / Plans for Milwaukee Ave. a step in the right direction

Plans for Milwaukee Ave. a step in the right direction 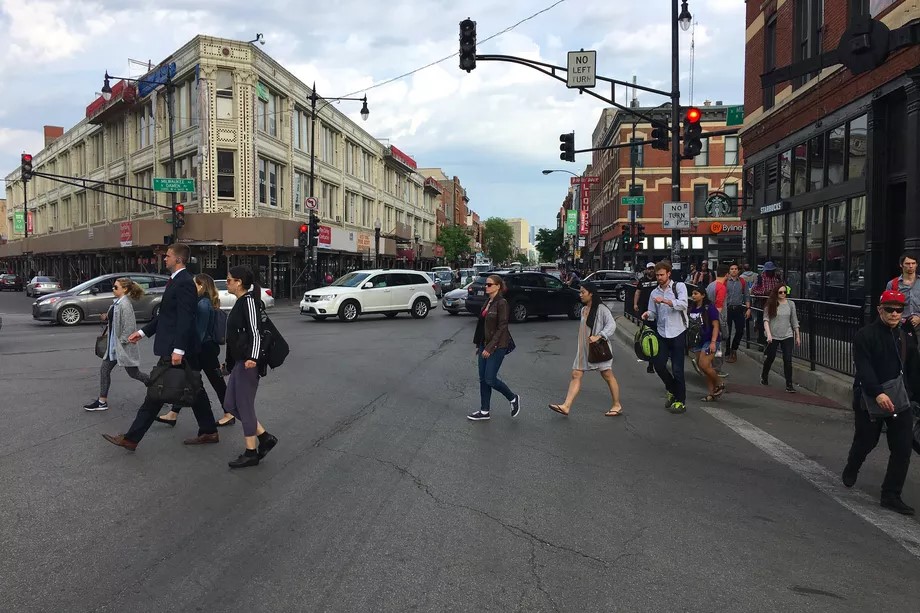 Building off the momentum of the rally for a safer Milwaukee Ave., there was a great turnout for the second public meeting for the Milwaukee Avenue Corridor Complete Streets Improvements Project on July 12.

The Chicago Department of Transportation (CDOT) presented proposed improvements, took questions from the public and then held an openhouse style input session with printouts of key intersections of the corridor.

Active Trans believes the proposed improvements are a good first step to making the Milwaukee Avenue corridor safer for all, but we want a commitment for protected bike lanes and parking removal to happen sooner than the proposed five to ten year timeline.

The questions asked by the public and atmosphere of the room were positive overall, and we are excited to see these low-cost, near-term improvements implemented before the fall of 2017.

The support for this project is clear, indicated by more than 1,500 signatures and counting for our petition. Please sign and share the petition if you have not done so already.

One proposed improvement that will affect the entire corridor of Milwaukee Avenue from Armitage Avenue to Division Street, is lowering the speed limit to 20 mph, a key strategy highlighted in the city’s recent Vision Zero Action Plan.

Although not a part of the short-term improvements slated for the summer of 2017, Mike Amsden, assistant director of transportation planning at CDOT, stressed that the long-term vision for Milwaukee Avenue includes parking removal and grade separated, or height separated, bike lanes.

However, there is no budget in place to make this a short-term possibility. Active Trans will continue to push for protected bike lanes in this corridor sooner rather than later.

The proposed low-cost improvements at the Damen Avenue, North Avenue and Milwaukee Avenue intersection include:

The proposed changes at the Ashland Avenue, Division Street and Milwaukee Avenue intersection include:

CDOT also proposed several curb bumpouts, or extensions of the sidewalk into the street, along the corridor as well as creating a left turn lane just for bikes where northbound Milwaukee Avenue intersects with the 606 Trail and adding a bike box for the turn.