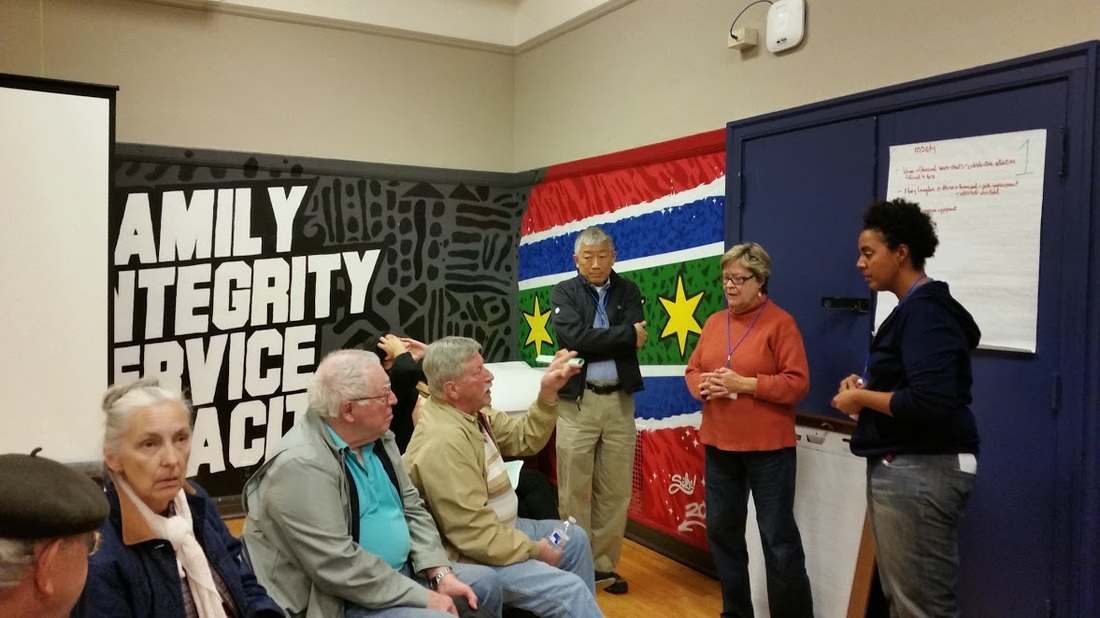 Participatory budgeting, or PB, is a system in which citizens are given a direct vote on how government funds are spent.

In Chicago, this takes place at the ward level, with alderman allowing their constituents to decide how to spend the $1.3 million in annual “menu money” they receive from the city.

The PBS television network recently released Count Me In, a documentary exploring PB in Chicago and how it empowers citizens to be advocates for the changes they’d like to see made in their own communities.

In many wards, significant improvements to biking and walking infrastructure have been made using PB funding. Check out PB Chicago to see if your ward is currently involved. This is your chance to help drive spending in your community. (Active Trans developed a Menu Money resource to help guide you through the process and aid you in advocating for better biking and walking in your ward.)

All three wards had on the agenda improvements to infrastructure for citizens who bike and walk. In the 31st Ward, proposals included a bike lane on West Fullerton Avenue, sidewalk repairs and a refuge island. Voters approved funding for the sidewalk repair and refuge island.

In the 35th Ward, funding was proposed for three bike lanes as well as four improvements to walking safety across the ward. In this case, the walking safety project garnered approval.

The results of this round of participatory budgeting are encouraging, but they also leave room for improvement.

Making sidewalk repairs and improving traffic safety will make it possible for more people to walk in their neighborhoods, and will be especially helpful for students who walk to school.

The building of refuge islands further improves walking safety, and is also an important step toward more equitable Complete Streets.

The lack of increased funding for bike infrastructure, however, is a missed opportunity which could have made communities safer for residents, while attracting people who bike to visit and shop at local businesses. We hope to see more of these projects approved by voters next year.

We also hope to see more wards join the PB program, following the lead of the 10th, 17th and 29th Wards that have begun to use participatory budgeting in the past two years.

As more and more wards adopt PB, it’s critical to get involved and make sure that your voice is heard.

If you are a resident of the 41st or 49th Wards, the PB process in your ward is going on now! Project proposals are currently being developed and there is still time to secure funding for safer streets in your neighborhood.

Check out our blog and the PB Chicago website for more information on participatory budgeting and how you can get involved.