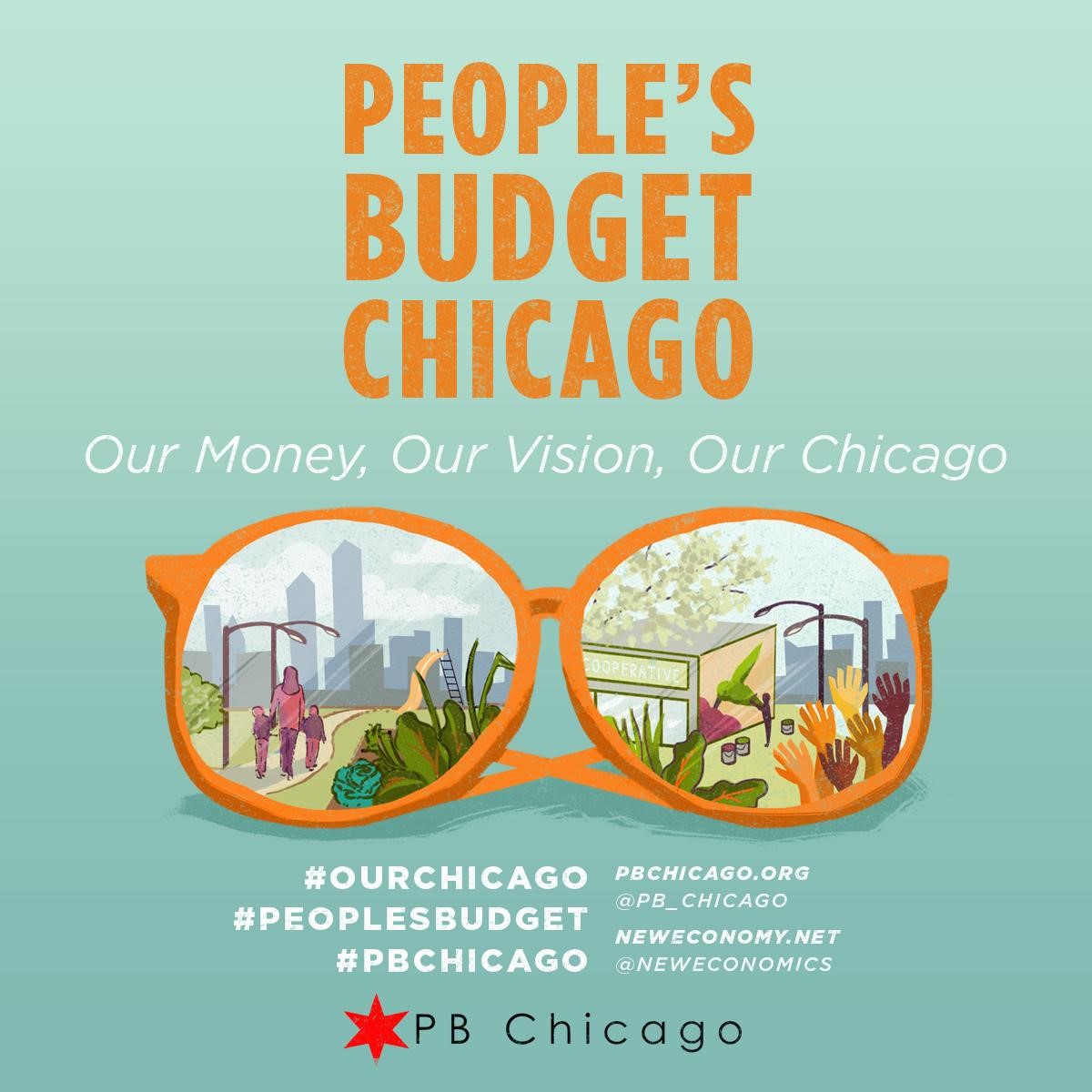 Participatory budgeting (PB) is celebrating five years in Chicago! PB is a democratic process in which community members directly decide how to spend part of a public budget.

Every year, each ward in the city of Chicago receives $1.3 million in “menu money” that is spent according to the discretion of the ward’s alderman.

Alderman Joe Moore of the 49th ward in Rogers Park was the first to implement participatory budgeting for his menu money in the United States. Since his initial trial, the concept has caught on in multiple wards.

This money can be used for anything related to infrastructure in the ward, such as street resurfacing, sidewalk repairs, alley improvements, bike lanes, pedestrian refuge islands, public art and park benches to name a few.

Read more about how to influence infrastructure spending in your ward.

To generate ideas of potential projects in your ward, PB Chicago has developed a map of all the biking- and walking-related projects that have been voted on in Chicago since 2010.

Although PB is a resource-intensive process requiring public meetings and outreach, it allows residents to feel empowered to make an impact on their local communities and gives them agency and ownership of their streets and environments.

Here are some walking- and biking-related highlights of the nine wards in Chicago that held participatory budgeting this most recent cycle in 2016-2017:

Join PB Chicago on Saturday, December 16 at the Blue Lacuna Lofts in Pilsen to celebrate five years of citizen-led improvement of our communities!

This party will last throughout mid-morning to the late afternoon and there will be food and drink! This is a great opportunity to learn more about participatory budgeting, contribute to the plans and vision of PB Chicago and to celebrate democracy in action.