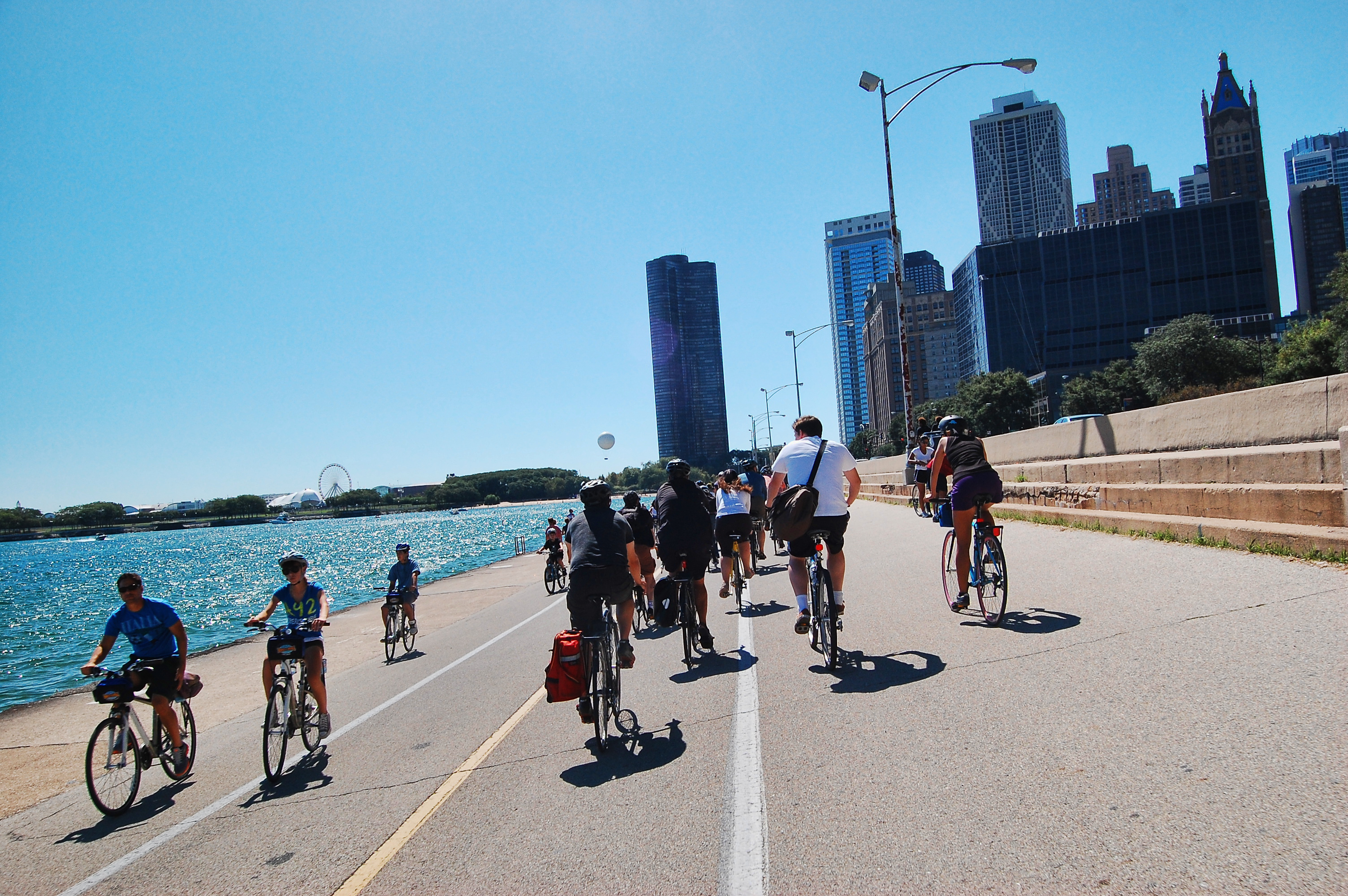 The North Side segment is part of a larger project to create separate paths along the full length of the 18-mile Lakefront Trail by the end of 2018, as Mayor Emanuel announced last December.

We joined the park district at a public meeting to discuss the project in March at the Lincoln Park Cultural Center. Attendees got a chance to review draft plans and deliver feedback on how to maximize the safety benefits. See plan images that were presented at the meeting of trail separation from Fullerton to North and Oak to Ohio.

Construction started last fall on trail separation from East 31st Street to East 51st Street on the South Side and that segment is expected to be complete in early spring.

Active Trans and the Chicago Area Runners Association (CARA) are advising the park district throughout the planning process for trail separation. For decades, improving the trail has been one of our top priorities and, if it’s done right, trail separation will be a major milestone in efforts to make the trail safer for everyone.

Construction will be completed in parts, starting on the north end at Fullerton this spring and moving south along the trail. During construction, users will be directed off the trail at West Diversey Parkway to marked detours through Lincoln Park and reenter at the West North Avenue underpass.

See a map of the detour through Lincoln Park.

The trail will remain open during construction from Oak to Ohio. There’s enough concrete in that area to allow users to remain on the lakefront during the construction period.

The park district will have more information and maps of the detours as construction nears. Follow @activetransLFT on Twitter and #chiLFT for updates, or visit the park district's Lakefront Trail page.