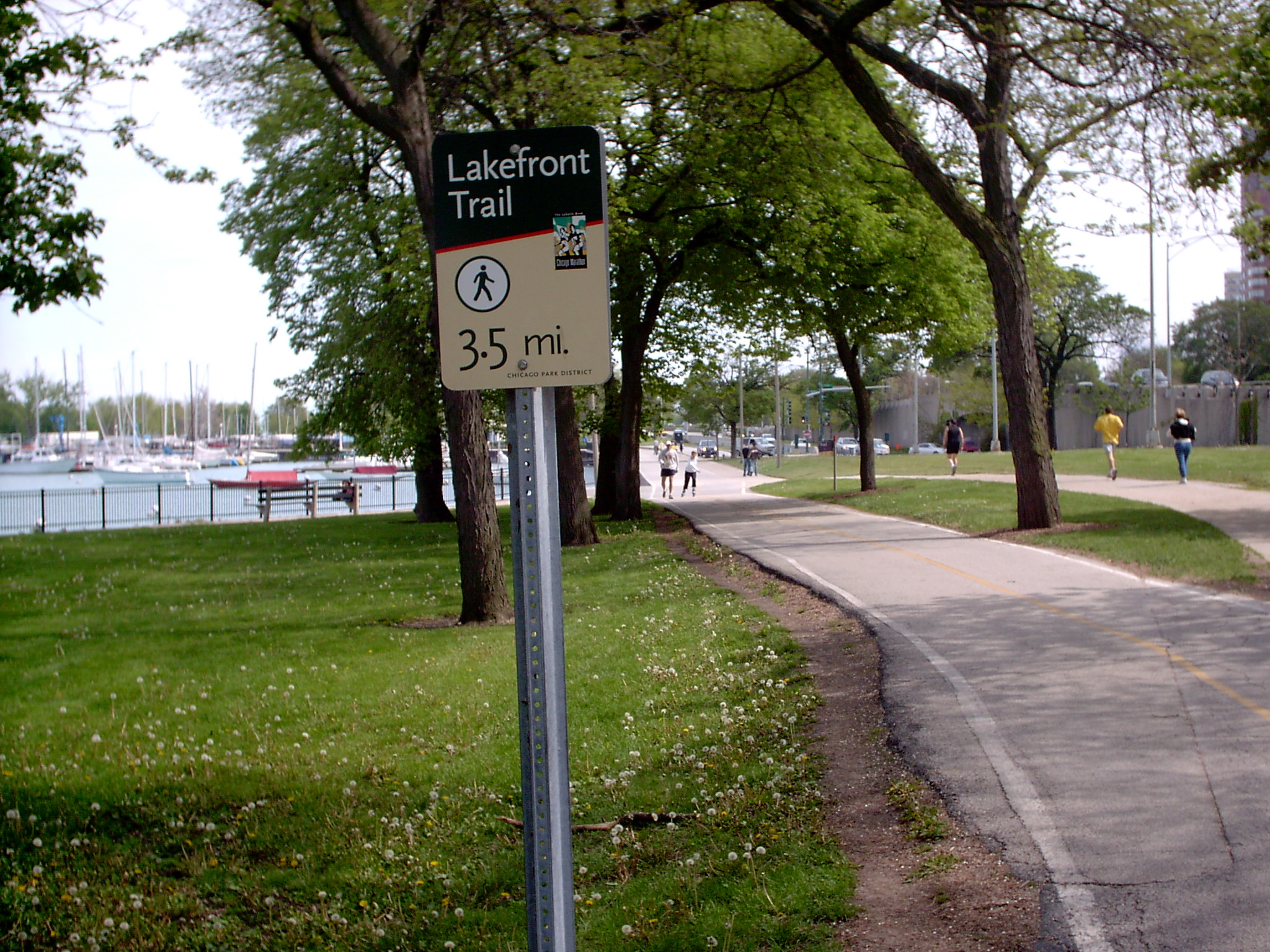 Trails users can share feedback on the plans at an open house on Thursday, February 15, from 4 p.m. to 7 p.m., at Gill Park Fieldhouse (825 W. Sheridan Road) in Lakeview. Active Trans and the Chicago Area Runners Association (CARA) will be there to share our thoughts and answer questions about the plans.

Active Trans and CARA have been meeting with the park district regularly since Mayor Emanuel committed to fully separating the Lakefront Trail by the end of 2018. Creating separate trails for people walking and people biking along the Lakefront had been an Active Trans priority for several years.

The Montrose to Fullerton and North to Oak plans follow the same basic design, with the pedestrian path closer to Lake Michigan and the biking path closer to Lake Shore Drive. In segments where there’s enough space, there’s physical separation between the two paths, but in several areas the paths are side-by-side.

Active Trans continues to advocate for the newly upgraded path to meet national trail safety standards. We have also urged the park district to keep the trail open as much as possible during construction, and provide a safe, convenient and marked detour when the trail is temporarily closed for construction.

A full schedule of completed and planned trail separation segments is available on the park district’s website.

A $12 million donation from Ken Griffin enabled Mayor Emanuel to commit to separating foot and bike trails along the entire length of the Lakefront Trail. This has been a major campaign goal for Active Trans in recent years. To recognize Griffin for this donation, Active Trans is honoring him with our Community Leadership Award at our 2018 Awards Reception on March 7. Please consider joining the celebration.