Home / Blog / Over 12,000 residents say no to Illiana Expressway

Over 12,000 residents say no to Illiana Expressway 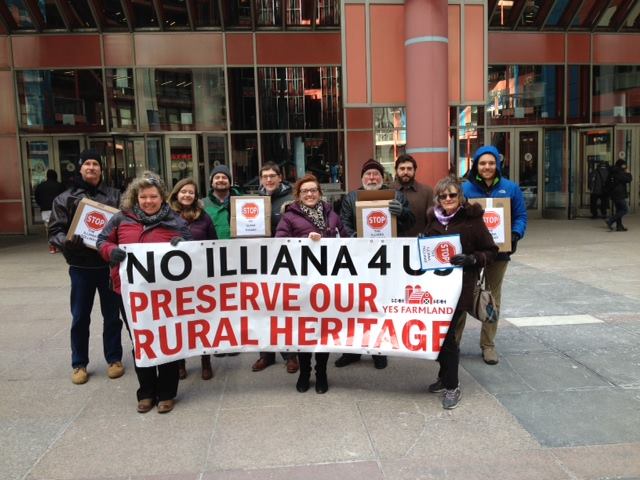 On the day Gov. Rauner delivered his first budget address, more than 12,000 Illinoisans highlighted a way he can save taxpayers money and support efficient regional development: end the Illiana Expressway boondoggle.

Active Trans joined a diverse coalition of advocates and Will County residents in delivering 12,865 petition signatures against the Illiana to the Governor on Wednesday. Our partners included No Illiana 4 US, Environmental Law and Policy Center (ELPC), Sierra Club, Openlands and Illinois PIRG.

You can still join the effort by sending a message to the Governor’s office today.

After taking office in January, Gov. Rauner put the ill-conceived tollway on hold pending a “careful review of costs and benefits.”

Our members and supporters have spoken out against the project for months, making the case for why the sprawl-inducing project would not be an efficient use of limited taxpayer dollars.

The state is proposing to build the project as a public-private partnership with the state guaranteeing a private operator's costs, but there are lots of questions and skepticism about the politically motivated project’s actual financial viability.

Sign our petition to the governor in support of efficient regional development and against the Illiana.