Not just physical barriers keep kids from walking to school 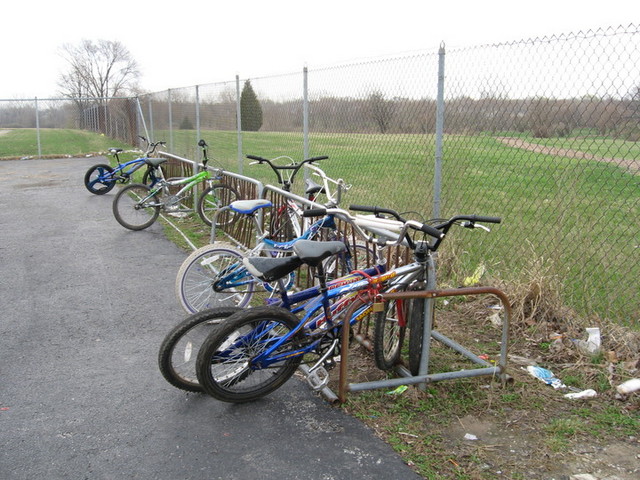 In 1969, half of school-aged children walked or biked to school. In 2009, that percentage fell to just 11 percent.

This shift away from walking and toward more extensive busing and driving reflects the increasing number of obstacles that prevent children from enjoying the benefits of active transportation.

Not all of these obstacles are physical barriers like a lack of sidewalks or swarms of speeding cars.

A few recent cases brought by child welfare agencies against parents who allow their children to walk to school or a nearby playground alone show how our attitudes towards biking and walking have changed.

Back in December, two children in Silver Spring, Maryland were picked up by police officers after neighbors spotted them walking home together from a park about a mile from their home.

The children, aged 10 and 6, were taken home by police and shortly afterwards, their parents received a visit from the local child welfare agency, and were sent to court on a charge of child neglect.

This was the second such charge the family faced. For the first one, their children were picked up by police who found them playing in another nearby park a block from their house the previous April.

In May, both of these charges were dropped.

The Maryland family wasn’t the first to face this issue first hand, though.

In November 2013, a father chose to walk to pick up his children from school rather than driving them the short distance home. The school security officer arrested the irritated father who was arguing about a strict school policy that stated that the school could not release his children to him unless he waited in an extremely long line of cars.

Cases like these demonstrate how we give priority to drivers and car travel over walking and biking, especially when it comes to shuttling children between activities and robbing our kids of daily opportunities to explore and stretch their legs.

Safe Routes to School funding helps schools not only create infrastructure improvements that make routes between home and school safer, but also can help a school start encouragement and enforcement programs. These programs allow parents to ensure their children can enjoy walking and biking to school while also building their confidence and exploring their world in a safe space.

Programs like walking school buses allow for kids to safely walk to school, get to know their neighborhood and enjoy outdoor time before classes start for the day.

What can you do to help spread the word about the importance of walking and biking to school?

Tell your personal story by using #SafeRoutesIL to share photos and stories with your community and Active Trans.

This blog post was written by Lauren Dean, a former Safe Routes to School intern at Active Trans.