No good outcomes in sentence for aggravated DUI death 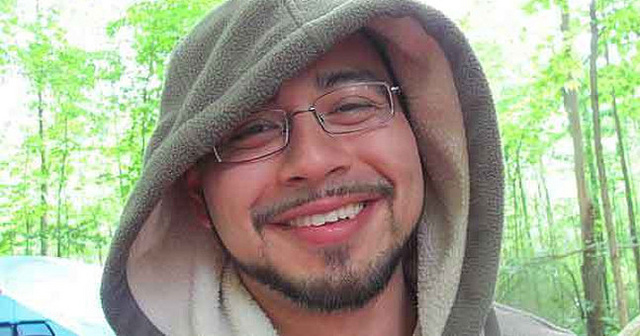 In the frigidly cold late evening hours on December 6, 2013, Hector Avalos, 28, a former marine and aspiring chef, was returning home by bike from his job at a River North restaurant in Chicago.

That same evening, Robert Vais, 54, an administrator at Stroger Hospital, was returning home in his white minivan after leaving a holiday party in Chicago’s Little Italy neighborhood.

By all accounts, both Avalos and Vais were travelling in the same southwest-bound direction along Ogden Ave. west of Western Ave., where Ogden travels under a viaduct.

Near the west side of the viaduct, Vais struck Avalos from behind with his vehicle, crushing the rear wheel of the bike and throwing Avalos up onto the hood of the van.

The impact crushed the hood of Vais’ car and shattered the windshield.

After the initial impact, Avalos rolled off to the passenger side of the van, breaking off the rear view passenger side mirror before hitting the ground.

Vais stopped his vehicle and paramedics and police were called. Vais stayed at the scene, identified himself as the driver and cooperated with police as they conducted their investigation.

Despite the best efforts of the paramedics, Avalos’ injuries — which consisted of fractures to his skull, ribs, facial bones, tibia and fibula — were too extensive and he was pronounced dead a short time later.

The cause of death was listed as “massive blunt force trauma to the head and chest.”

Vais was taken to St. Anthony’s Hospital for a blood draw, and an hour later a breathalyzer was administered to determine his blood alcohol level.

The breathalyzer revealed a blood alcohol content of .118, and the blood draw later yielded a result of .152. The legal limit in Illinois is .08.

Vais was subsequently charged with felony aggravated driving under the influence (DUI) and two misdemeanor counts of DUI to which he pleaded not guilty.

DUI offenses and the associated sentencing guidelines — found in the Illinois Compiled Statutes 625 ILCS 5/11-501 — state that a motor vehicle crash resulting in a death in which the intoxication of the motor vehicle operator is found to be the proximate cause of the fatality is “a Class 2 felony, for which the defendant, unless the court determines that extraordinary circumstances exist and require probation, shall be sentenced to: (i) a term of imprisonment of not less than 3 years and not more than 14 years if the violation resulted in the death of one person.” It also states that “imposition of a mandatory term of imprisonment or assignment of community service for a violation of this Section shall not be suspended or reduced by the court.”

On September 20 of this year, 21 months after the initial crash, Vais changed his plea to guilty.

On Tuesday, November 17, Vais was sentenced to 100 days in prison, 2 years of intensive probation, 25 days of service with the Sherriff’s Work Alternative Program and mandatory drug and alcohol treatment.

Was this justice? Was this the system working? I honestly don’t know.

The sentencing hearing lasted four hours, and was an emotionally grueling affair for all those who attended. Among those in attendance at the hearing were about 35 people from Chicago’s bicycling community.

Testimony, which laid out the sometimes gruesome facts from that evening, was given by the responding officer and a detective from the Major Accident Investigation Unit that processed the scene.

According to the testimony, Avalos’ bike had “standard reflectors,” but there was poor lighting under the viaduct and Avalos was wearing dark clothing. It was also mentioned that Avalos tested negative for drugs and alcohol.

According to the Major Accident Investigation Unit, final determination was that both parties were at fault in the crash.

While Vais was faulted for not “reducing speed because it would be hard to see the other side of the viaduct” due to the lighting conditions, no statements were made as to why Avalos was found to share fault in the crash.

While the testimony did not delve into the details of whether the “standard reflectors” that Avalos’ bike was equipped with included the red rear reflector required by law, nothing about the descriptions of his bike or his actions leading up to the crash indicated he was doing anything illegal.

By all accounts, he was riding legally with traffic, on the right hand side of the roadway.

At one point Avalos’ mother, Ingrid Cossio, took the stand to read a statement. Without the aid of a microphone, in the large and imposing courtroom, she struggled through tears to be audible as she read her statement, her voice wracked with sobs.

“I wanted to run to him, to hold him, to warm him up and whisper in his ear that ‘I was here,’” she said. “I went to the place of his death and I saw his blood.…I am not strong enough to kill myself, but there are many times that I wished that I could….I don’t hate God and I don’t hate the person who did this, but he needs to pay the consequences.”

The Assistant State’s Attorney prosecuting the case read a statements from a few people, including Avalos’ step father, Jorge Cossio: “He spoke of the future, wanting to own a restaurant and cook healthy dishes.”

Avalos’ grandparents said in statement, “Mr. Vais was a 54-year-old grown man who knew the consequences of DUI and did it anyway.”

In a statement from Avalos’ two younger twin siblings, they said, “I would like to be like him when I grow up. I still love my brother.”

The defense presented 150 letters from the friends, family and coworkers of the defendant, describing what they believed to be his upstanding moral character.

Three of these people — his sister, a former coworker and a longtime friend since childhood — also took the stand to speak in favor of Vais.

They described his work as a coach and a youth mentor. They said he served as the president of the Morton College Athletic Association and supported others in his community during their times of need.

Defense attorneys said Vais had no prior criminal history and a spotless driving record.

The night of the fatal crash, his attorneys said he was going to “a party he doesn’t even want to attend,” and that a bicyclist “suddenly, out of nowhere, appeared,” causing what they referred to repeatedly as an “accident,” a “tragic accident,” and a “horrible accident.”

As is often the case, throughout much of the testimony, Vais maintained a neutral composure.

Much is often made of this in reporting on criminal cases — as though the defendant is without emotion. But in truth this is often the advice of council since any display of emotion can be misinterpreted.

If Vais had a prepared statement, it quickly dissolved into sobs as he attempted to give recognition to the pain his actions had caused and finally saying “I’m sorry” repeatedly to Avalos’ family.

The court took a brief recess while the judge deliberated before announcing his sentence.

This was when Avalos’ mother approached Vais, who was seated at the defense table.

She took his hand in hers and the two cried and spoke quietly to each other. It was perhaps the most human thing I’ve ever seen.

Upon his return, Judge Nicholas Ford took great pains to address those in attendance and spoke at length about his decision-making process before announcing his sentence.

He spoke of a legally-mandated range of sentencing options from probation to 14 years, and said there is a legal requirement to consider both the aggravating and mitigating evidence and statements in determining sentencing.

The Judge also spoke to the three possible purposes served by sentencing: to “send a message,” to serve as punishment and, when possible, to rehabilitate the offender. He also discussed the moral calculus involved in removing an otherwise productive person from society.

Before issuing the sentence, the judge acknowledged that that no amount of jail time and fines would bring Hector back. He also acknowledged that none of Vais’ good works excused his actions and that while Vais will suffer the guilt associated with his actions, it is still not 1/1,000 of the pain suffered by Avalos’ family.

While it is easy to understand the outrage some people may feel over what they see as a light sentence and what that ostensibly says about the value of the victim’s life and how that outrage can be directed at the courts, the judges and the prosecutors, this outrage directed at these targets often fails to take in a larger context.

What I do know is that I wish that there were more options.

I wish that Robert Vais had a better opportunity to pay the debt that he owes to society than sitting in prison for three months and picking up trash on the side of the highway.

I wish that Avalos’ family had a better way to process their grief and the damage done to them by Vais.

I wish that society had a better way to transform these tragedies into something productive.

Photo of Hector Avalos courtesy of the family