Looking for a comfortable bike route between Chicago and Indiana? Look no further! The 2016 Northwest Indiana Regional Greenways & Blueways map has just been released for free to the public.

This past winter and spring, staff at Active Trans worked with the Northwestern Indiana Regional Planning Commission (NIRPC) to update and revamp its 2012 map for people who bike, hike and paddle.

Over the last four years, many new bicycle and pedestrian trails have opened throughout this region, including improved linkages between Chicago and Wolf Lake, the Monon Trail between Hammond and Munster, and better connections to the Indiana Dunes State Park.

All existing trails as well as corridors for future trail development are identified on the map.

Recommended on-road bike routes have been updated thanks to the help of Active Trans members, local leaders and a dozen trained volunteers who braved the weather and rode every bike route on the map this winter.

The recommended routes are color-coded based on a new rating system to better help riders find the routes that fit their comfort level.

Also appearing on the map are the South Shore Line stations that now allow bike access.

For those interested in canoeing and kayaking around the region, new paddling routes as well as boat launch locations are now shown on the map.

You can view the 2016 Northwest Indiana Regional Greenways & Blueways Map online as a PDF.

For those of you in Northwest Indiana, free copies of the map can be obtained by visiting the NIRPC office (6100 Southport Rd., Portage IN), local libraries, municipal facilities, chambers of commerce and tourism bureaus. 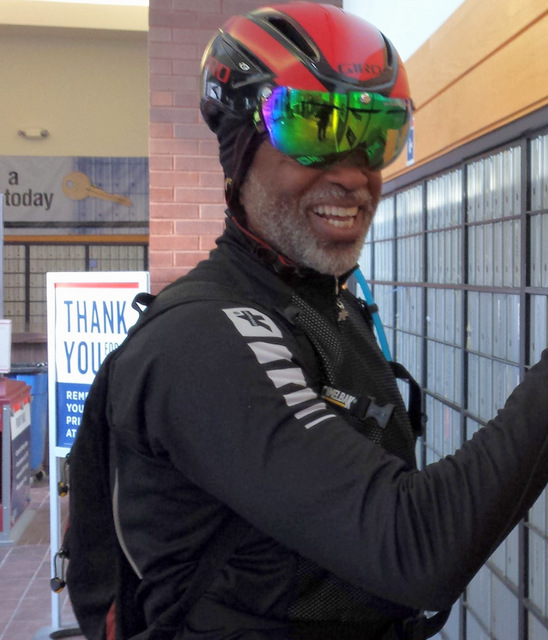 For those who live outside of the NIRPC three-county region, up to three copies may be requested by mail. Please email Mitch Barloga at mbarloga@nirpc.org to request copies or call at 219-763-6060, x133.

DeWayne Ferris, pictured right, is one of the group of dedicated volunteers who rode every bike route depicted on the map to help with updates. Photo shows Ferris at his local post office mailing his map updates to Active Trans.