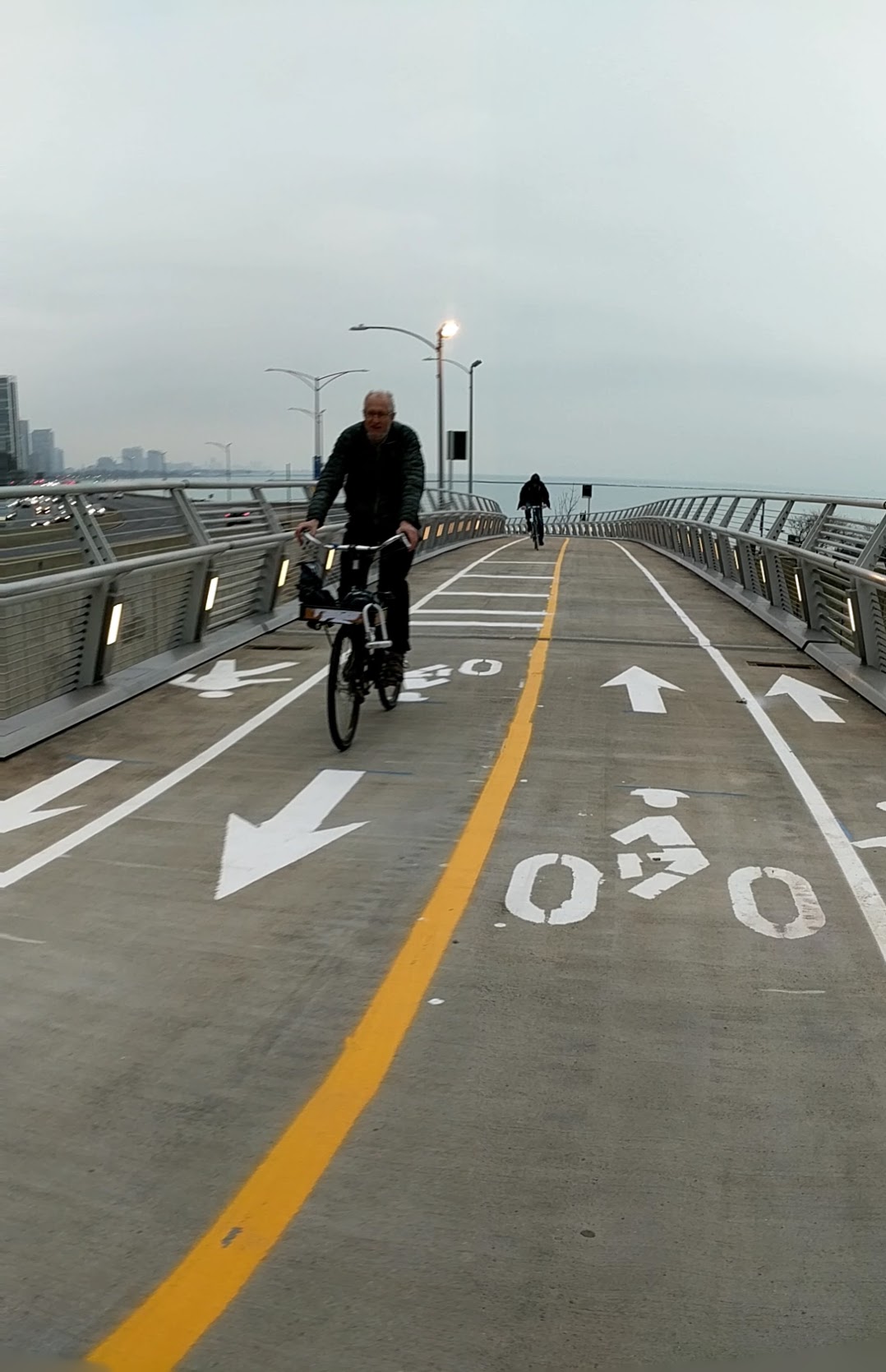 For decades, people biking, walking and running on the Lakefront Trail have had to face cars whizzing by and poor sight lines at extremely busy street crossings near Navy Pier.

Now, thanks to the partial opening of one the most talked about infrastructure projects in Chicago, people on the trail can avoid the most dangerous, confusing part of the Lakefront Trail.

The addition of a temporary trail connection to the sidewalk on Lower Lake Shore Drive means that people can now use the Navy Pier Flyover to bypass the intersections of Grand and Illinois Avenues.

The newly finished Navy Pier Flyover section will be a big improvement, and more importantly, it moves the project one step closer to full completion in 2019 when the flyover bridge will extend further south across the Chicago River.

Hundreds of thousands of people are expected to use the flyover each year for decades to come, encouraging healthy recreation and transportation and making Chicago’s lakefront an even better and safer place to walk, run and bike.

Its sweeping vistas and its visually-striking serpentine design will surely make it an iconic architectural structure in the city.

Crews have installed a temporary connection from the main path of the completed flyover structure to the existing Lower Lake Shore Drive sidewalk over the Ogden Slip. The main path will be striped and temporary signage will be installed to direct people to access points.

This has been a complicated project many years in the making. In the late 1990s, Active Trans began advocating for a flyover to create a safe space for pedestrians and bicyclists. The Chicago Department of Transportation embarked on the Navy Pier Flyover initiative in 2001 and began construction on it in 2014.

The delays are due in part to repairs needed on the seawall and the existing bridge over the river. Another complication has been funding delays thanks to virtually no dedicated source of state funding for walking and bicycling projects beyond relatively small dollars from federally-funded programs.

To address this problem, Active Trans is calling for the state’s next transportation spending bill to include a fair share for biking and walking projects.

The new flyover is the cornerstone of the effort to greatly improve the Chicago Lakefront Trail. The park district is currently putting the finishing touches on another project that Active Trans rallied for over the years — separate trail space for people biking and people walking along the full length of the trail.