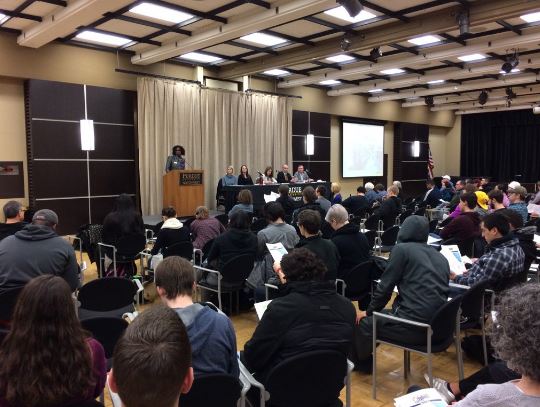 Our regional commuter rail network is getting a major expansion in Northwest Indiana thanks to the West Lake Corridor Project, also known as the South Shore Line extension.

Led by the Northern Indiana Commuter Transportation District (NICTD), the project is expected to be transformative for the region’s transportation accessibility and economic development.

The proposed route runs along the Illinois/Indiana border in West Lake County from Chicago's Hegewisch neighborhood, through Hammond, ending in Dyer. This nine-mile corridor would connect to the South Shore Line and Metra Electric District Line, improving the connection between Northwest Indiana and downtown Chicago.

The project has been in discussion among transportation planners for decades, but the political and financial backing needed to move the project forward has finally coalesced. Thanks to widespread political support from the Indiana General Assembly, Lake County cities and towns, and Congressman Pete Visclosky the project has received state and local funding.

Last week, hundreds of residents attended hearings in Dyer, Hammond and Munster to learn more about the project and give their input. Of the near 150 attendees at the Dyer hearing, many voiced support of the project plans due to the convenience it will provide, improvement to transit access and positive impact on traffic.

While this project is an exciting improvement in the region, we must make sure that it is planned and implemented appropriately. If you have thoughts or concerns, you're welcome to submit a comment on the project online.

Prioritizing adequate access to the new rail line will be an important part of the process. Biking and walking access to new stations should be included in the planning process.

Thankfully, the project plans do not include the elimination of any multiuse trails – the Monon Trail and Erie Lackawanna Trail will be retained, but may have to be shifted within the existing corridor.

In addition, the project plans include at-grade trail crossings and bikes on trains accessibility at all new stations. An associated transit oriented development plan is also in the works in order to complement the new line with strategic and community-based development.

With construction slated to begin in 2020, the new rail line should be completed and operational by 2022.

To find more information about the project, visit the project website. If you are interested in commenting on the project, you can do so online, via email at project.email@nictdwestlake.com or over the phone at 219-250-2920 before the February 3 deadline.