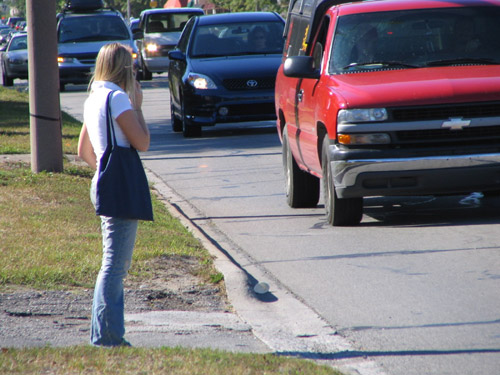 Crossing a busy street is an everyday activity for most local residents, but too often it’s also one of the most dangerous things they’ll do all day.

That’s why we’re excited to be launching Safe Crossings, a pedestrian-focused campaign designed to raise awareness about intersection safety and work with community partners to push for more dedicated funding for pedestrian improvements throughout Chicagoland.

These lists represent just a small portion of the many dangerous street crossing locations in Chicagoland. These crossings are particularly perilous for our most vulnerable users such as children, people with disabilities and seniors.

The intersections will serve as focus areas for our outreach team as they mobilize supporters to advocate for pedestrian improvements and increased enforcement of existing traffic laws region-wide.

Enhancing infrastructure design and stepping up enforcement at some of the worst intersections in the region alone will not eliminate the risk of crashes. Chicago and its surrounding suburbs need to dedicate more annual funding to maintaining pedestrian facilities and consider other policy solutions – such as reducing neighborhood speed limits – if we’re going to get serious about reducing pedestrian injuries and fatalities.

We want to see the city of Chicago succeed with its Zero in Ten goal to eliminate pedestrian fatalities by 2022.

Sign our petition to local leaders and transportation officials to demonstrate your commitment to making it safer and easier to walk along and cross streets throughout the region.