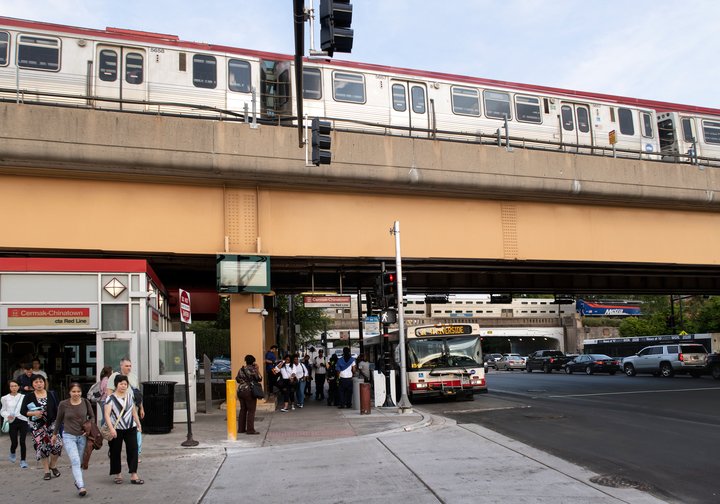 In recent weeks, Chicago City Council passed an ordinance that will promote more affordable housing near transit within the city’s South and West Side neighborhoods and improve safety for pedestrians and other road users.

Among benefits will be new approaches toward development near transit, including reducing parking minimums, increasing density/height limits (including bus lines), and increasing affordable and accessible housing options.

In 2021, 83 people were killed by car crashes within a half mile of  rail stations, nearly half of all traffic deaths in the city — with deaths disproportionately occurring on the South and West Sides. The new ordinance, which is called the Connected Communities Ordinance, will make streets safer for Chicagoans who walk, roll, and  ride near rail stations by limiting the number of nearby driveways and prioritizing safe walking infrastructure in these areas.

“By increasing opportunities for developers to build more affordable and transit served housing throughout the city, residents will have more affordable options that support their personal and family needs,” said Maurice Cox, Chicago Department of Planning and Development Commissioner, in a statement released by the city.

Before the ordinance was passed, Active Transportation Alliance reached out to alderman citywide to discuss the importance of this legislation; we also participated in a press conference with Chicago’s mayor’s office and Elevated Chicago. We have been a partner on this initiative for a number of years and stepped up our advocacy efforts in recent weeks to help get the ordinance across the finish line.