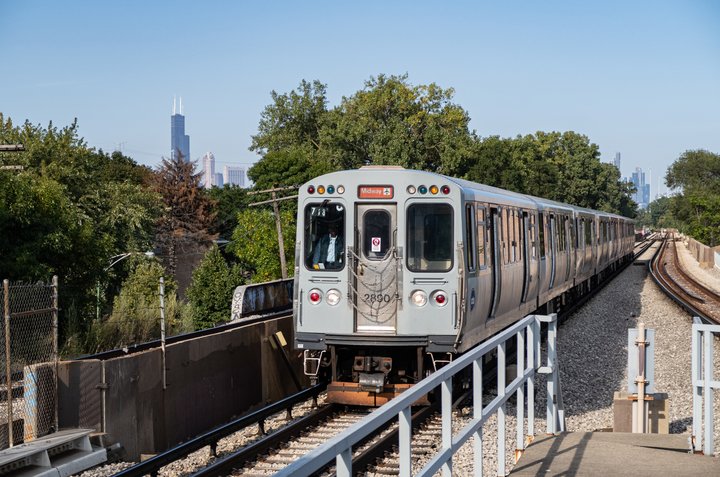 Last Friday a Chicago Police Officer shot a CTA customer who was being detained for moving between train cars — a minor nonviolent infraction — at the Grand Red Line station. Thankfully, the shooting victim is no longer in critical condition and the charges have been dropped.

The new security plan was spurred by a recent uptick in reported violent crimes on the CTA. The plan includes deploying 50 additional police officers to patrol CTA trains and buses, in addition to the SWAT teams deployed the week before.

It also includes assigning four detectives exclusively to CTA crimes and building a strategic deployment center dedicated to transit. It is unclear what, if any, outside feedback and input helped shape this plan.

The police shooting at the Grand Red Line is a pressing example of why Chicago must develop alternatives to policing and criminalization to keep our trains and buses safe. These alternatives should be developed through a robust community-led process that prioritizes racial equity and centers the voices of people most impacted by the issue.

More armed officers on buses and trains doesn’t make everyone feel safe and puts Black and Brown transit riders at greater risk. The legacy of racist and discriminatory policing in Chicago can’t be ignored on our transit system.

Any transit safety plan should be led by Chicago residents and transit operators and center the voices of low-income people and Black and Brown transit riders. To date, the city has taken drastic moves with apparently little outside feedback from residents and operators, and there have already been dire consequences.

Some strategies have already been proposed to make the transit system more equitable and safe beyond policing, such as decriminalizing fare evasion, which we lay out in the Fair Fares Chicagoland report.

Other cities like New York and Los Angeles are facing similar challenges and national experts like TransitCenter are exploring alternatives.

A six-month pilot on the BART system in the Bay Area may be an example for Chicago. The agency is deploying 30 unarmed “transit ambassadors” trained in de-escalation and anti-bias with the goal of addressing customers’ concerns about safety and security.