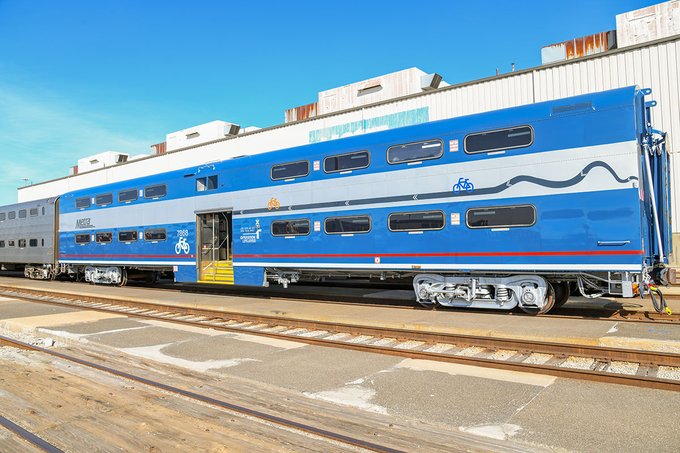 Thanks to the advocacy efforts of Ride Illinois and Active Trans, Metra is introducing its first-ever bike car on the Milwaukee District North Line and temporarily relaxing bike restrictions across all 11 lines.

The commuter rail agency, which  announced the changes Thursday, was able to make this move because ridership remains down by more than 90 percent during the pandemic and excess capacity exists on all trains.

“We’re committed to being part of a regional transportation network, which includes supporting the cycling community by making Metra an accessible part of their trip,” said Metra CEO Jim Derwinski.

The bike car will carry 15 bicycles instead of the usual five on ADA accessible cars. It will run as a pilot program Monday through Saturday on the MD-N line into Spring 2021 with potential for expansion. The agency says they chose the line because of the number of bicyclists and reverse commuters who already use it.

Starting November 9, bikes will be allowed on every train on all 11 lines for at least the next few months. 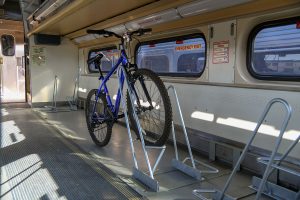 Currently, bikes are not allowed on rush hour trains inbound in the morning and outbound in the afternoon.

Metra deserves credit for taking this creative approach as it struggles mightily during the pandemic. All our transit agencies should be looking for ways to better serve current and potential new riders by adapting their service models.

Focus should be placed on better serving essential workers who continue to rely on transit to get around, many of whom are disproportionately Black and Brown and low-income.

Ride Illinois, our statewide bike advocacy organization, approached Active Trans earlier in the pandemic with the idea to push for relaxing bike restrictions on Metra trains. We jointly approached the agency about this idea in September.

Active Trans has worked to improve bikes on trains policies for more than 30 years. In 2005, we helped convince Metra to expand bicycle access from one train per week to daily off-peak accommodation.

In 2014, Metra eliminated its ban on bikes during special events and allowed bikes on more early morning trains after discussions with us and other advocates.