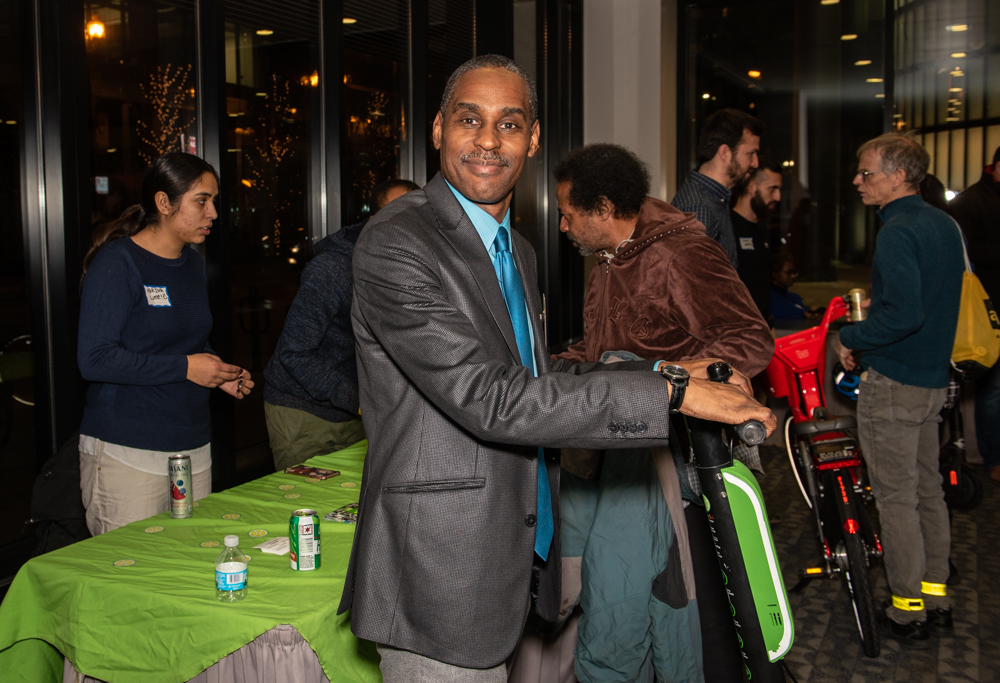 Active Trans supporters are intrigued about the potential for electric scooter sharing to help build support for bike/walk/transit infrastructure, but scooter riding on the sidewalk is a major concern.

These are some of the findings from Active Trans’ recent member survey on electric scooter sharing. More than 645 supporters completed the survey, which was launched at our 2018 Annual Meeting in December. At the event, attendees had the opportunity to discuss the pros and cons of scooter sharing with staff, board and representatives from several of the major scooter companies.

There was also a brief presentation outlining many of the hopes and concerns about scooters in Chicagoland (watch a video of the presentation).

Most survey respondents say they are somewhat likely or likely to ride electric scooters if a sharing program existed in their town. These are people who already live multimodal lifestyles, using several different forms of transportation in a typical week.

See a full summary of the survey results.

Members see the most promise in scooters aiding in the fight for street space. For decades cities have designed streets around cars and other modes have been largely ignored – resulting in more dangerous streets for everyone. One survey respondent says she sees “bike infrastructure getting more funding and attention” if scooter sharing existed in Chicago.

Support was not universal, however. In addition to riding on the sidewalk, survey respondents are concerned about crowded bike lanes and trails like the 606. Members say cities need to have the infrastructure in place to support an influx of scooter riders, or it could result in safety issues for everyone. Many frequent cyclists say they’re particularly concerned about the stability of the scooters.

Active Trans continues to talk with city officials in Chicago and the suburbs about whether to introduce electric scooter sharing, and how to get it right.

Scooters are just one of several new mobility options (e.g. ride-hailing, dockless bike sharing, microtransit) emerging in cities across the country. It’s critical for officials to be proactive in setting policies that ensure these options contribute to healthier, more sustainable and more equitable communities.