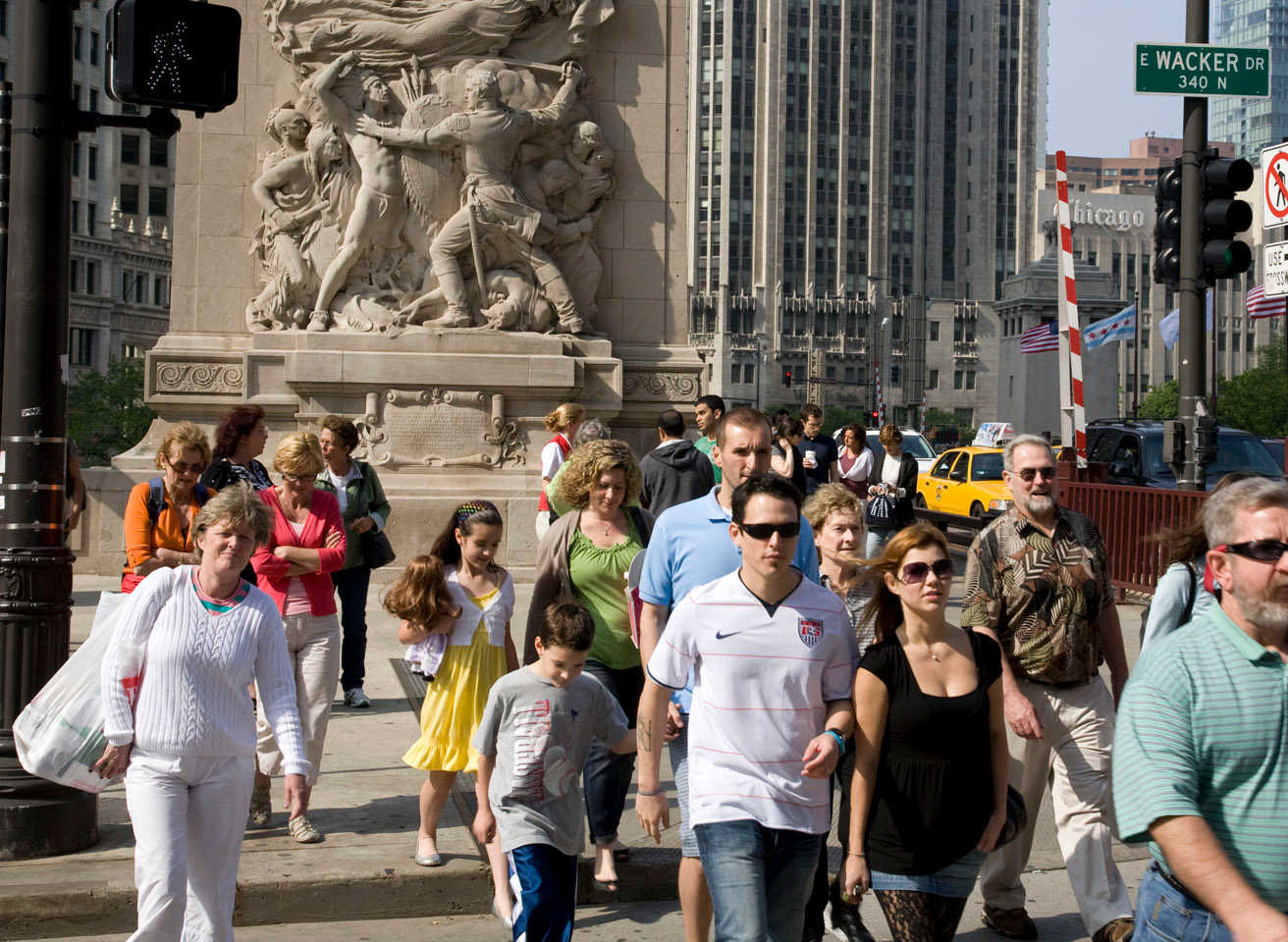 The Mayor’s Pedestrian Advisory Council (MPAC), which is open to the public, is hosted by the Chicago Department of Transportation (CDOT) and takes place quarterly at city hall.

The meetings are a great way to stay informed about CDOT projects and hear about initiatives to improve conditions for people walking around the city.

Next the council heard an update on Vision Zero West Side outreach efforts. The Vision Zero team held three public meetings in September on the West Side.

The outreach team has reached more than 5,000 people since the start of its efforts at the beginning of this summer. The Vision Zero team is currently looking for private sponsors for a behavioral marketing campaign.

Daniella Pereira, Director of Regional Forestry for Openlands, presented on the relationship between trees, walkability, public health, and traffic and pedestrian safety (see slides 8-24). Daniella pointed out that the High Crash Areas outlined in the city’s Vision Zero Action Plan have lower percentages of tree coverage than the rest of Chicago, as well as high amounts of impervious surfaces and poor air quality.

She made a strong case for planting more trees to improve walkability, health and safety for all Chicagoans. CDOT Commissioner Rebekah Scheinfeld agreed and shared that streetscapes are an integral part of project planning for the city’s streets.

The council also heard from the leaders of PlayStreets, an initiative that closes off streets and encourages neighborhood organizations and residents to enjoy pop-up spaces created by temporary traffic and parking restrictions designed to get people active, similar to past Open Streets events put on by Active Trans.

PlayStreets events had 23,000 attendees during the 2016-2017 program year (see slides 25-33). There was a consensus in the room that these types of events are important public engagement tool to show people the potential of streets beyond car traffic.

Finally, the chair of MPAC, Adam Becker of CLOCC, led a discussion on how to increase collaboration between the organizations represented on the council to collectively move towards accomplishing goals outlined in various city plans, chiefly the Pedestrian Plan of 2011, the Complete Streets Plan of 2013, Healthy Chicago 2.0 of 2016 and the Vision Zero Action Plan of 2017. These plans contain many similar goals and there should be coordinated efforts to achieve those goals.

The next Mayor’s Pedestrian Advisory Council meeting will be in early 2018. Email lauren@chicagocompletestreets.org to get on the meeting notice mailing list. Meeting dates, agendas, and presentation materials are avaialbe on the Chicago Complete Streets website.