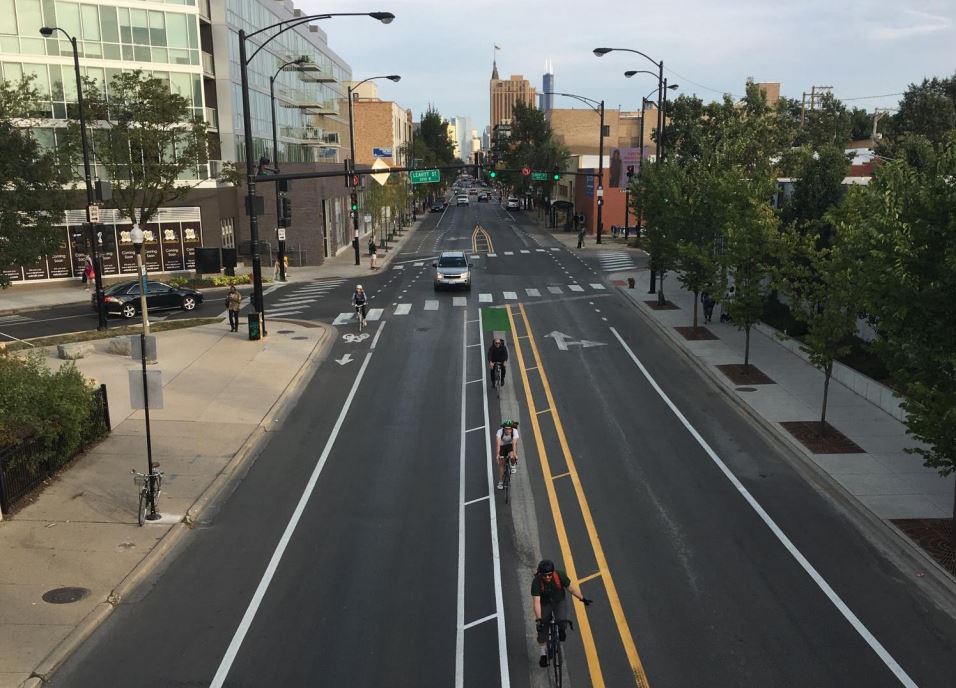 The Chicago Department of Transportation (CDOT) chairs the Mayor’s Bicycle Advisory Council (MBAC), which meets quarterly at city hall, and is open to the public for anyone to attend.

The meetings are a great way to stay informed about CDOT projects and hear about initiatives and improvements to infrastructure around the city.

The meeting typically starts with sobering statistics of recent traffic fatalities and serious injuries of people biking in Chicago, as it did at the most recent session on Wednesday, September 13.

As reported at the meeting, there have been three bicyclist fatalities in 2017 so far, according to the Chicago Police Department.

CDOT Commissioner Rebekah Scheinfeld and the city’s three Vision Zero West Side community organizers gave a brief overview of progress of Vision Zero outreach that has been ongoing in the designated high crash corridors on the West Side.

The community organizers will be hosting three public meetings on the West Side during the last week of September to encourage resident involvement, which is essential to eliminating traffic fatalities.

The CDOT Bicycling Ambassadors gave a recap of their summer 2017 outreach efforts, which included teaching people of all ages how to ride bikes around the entire city and serving as a resource at community events such as MB Bike the Drive.

He also noted the Edgewater Neighborhood Network project development continues with another community meeting to be announced for the winter of 2017-2018.

The deadline for the Letter of Interest for the Better Bike Share Partnership grant program was announced as October 6th. Email Amanda.woodall2@cityofchicago.org for more information.

The Chicago Park District gave updates on the Lakefront Trail Separation project, focusing on the portion of the trail between Ardmore Avenue and Montrose Avenue and between 31st Street  and 71st Streets. The entire project will be completed by the end of 2018.

Each MBAC meeting ends with comments from the Community Representatives who serve two year terms, and then the floor is opened up for public comment.

The next Mayor’s Bicycle Advisory Council meeting will be on Wednesday, December 13. Email lcrabtree@completestreetschicago.org to get notifications for upcoming MBAC meetings.