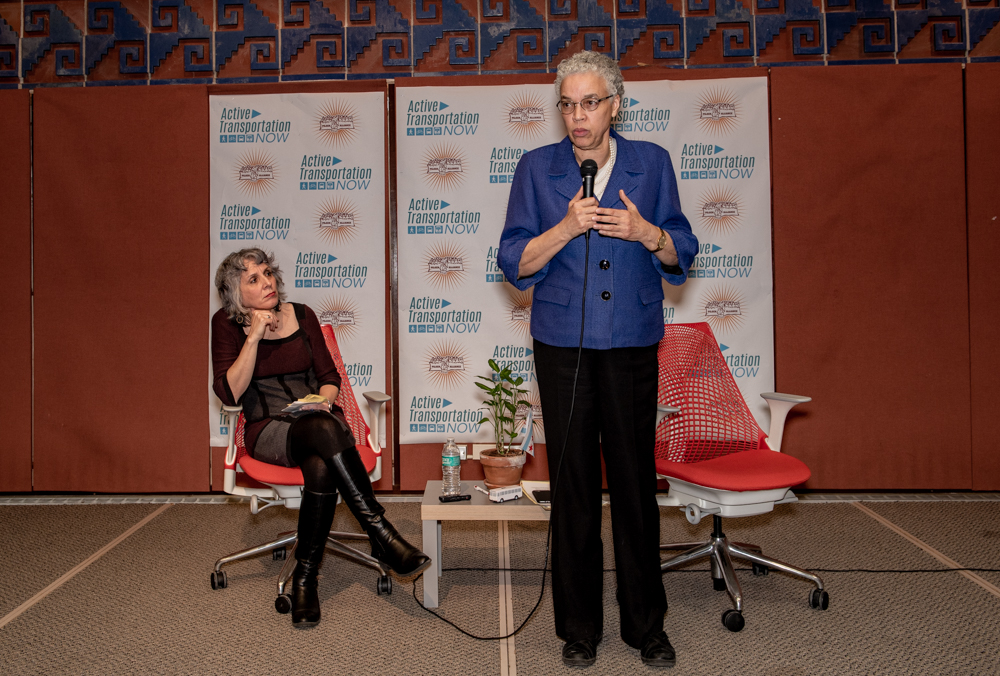 The leading candidates for mayor of Chicago say they support creating more bus-only lanes and other improvements that would make bus service faster and more reliable.

On Tuesday, January 15, nine candidates participated in the Bus Riders Forum organized by the Pilsen Alliance and Active Transportation Now. The forum was moderated by Mary Wisniewski, transportation reporter and columnist at the Chicago Tribune.

If you missed the forum, which was held at the Lozano Library Branch in Pilsen, you can watch video of the entire forum here.

More than 120 attendees were on hand as forum candidates answered questions about improving bus speed and reliability, hopes for the first capital infrastructure bill in over a decade, and perceptions of safety on transit, among other topics.

When candidates were asked to share their own public transportation riding habits, most revealed that they hardly rely of buses for their daily commutes.

What else did we hear on issues relating to bus service from mayoral hopefuls?

• “The City of Chicago absolutely needs more dedicated bus lanes. We have about four miles worth for our entire city, whereas cities like New York have about 80 miles and other cities have between 30 and 40 miles.” — Susana Mendoza, current Illinois State Comptroller.

• “We need more bus rapid transit and I think that’s important to have a transportation study for the city of Chicago.” — Toni Preckwinkle, current Cook County Board President.

• “I’m running for mayor because I ride the trains and . . . I’ve seen the inequities and the issues that Chicagoans face as represented on those train lines. We’ve come to a point in this city where we can no longer accept the status quo and we have an opportunity to move in a drastically different direction.” — Amara Enyia, community activist.

While we are heartened that the mayoral candidates have a bold vision for bus service, we can’t wait for the new administration to make improvements. Take action now to tell your alderman and Chicago’s mayor you want to see a plan for at least 50 miles of new transit priority streets!

Want to engage your alderman in person on bus service issues? Check out Chicago’s first-ever Bus Friendly Streets Report Cards and sign up as a Back on the Bus Volunteer to learn about how to advocate locally within your ward for bus-only lanes, faster boarding, and giving buses priority at traffic lights.