Home / Blog / Mayor-elect Lightfoot can create safer streets for all

Mayor-elect Lightfoot can create safer streets for all 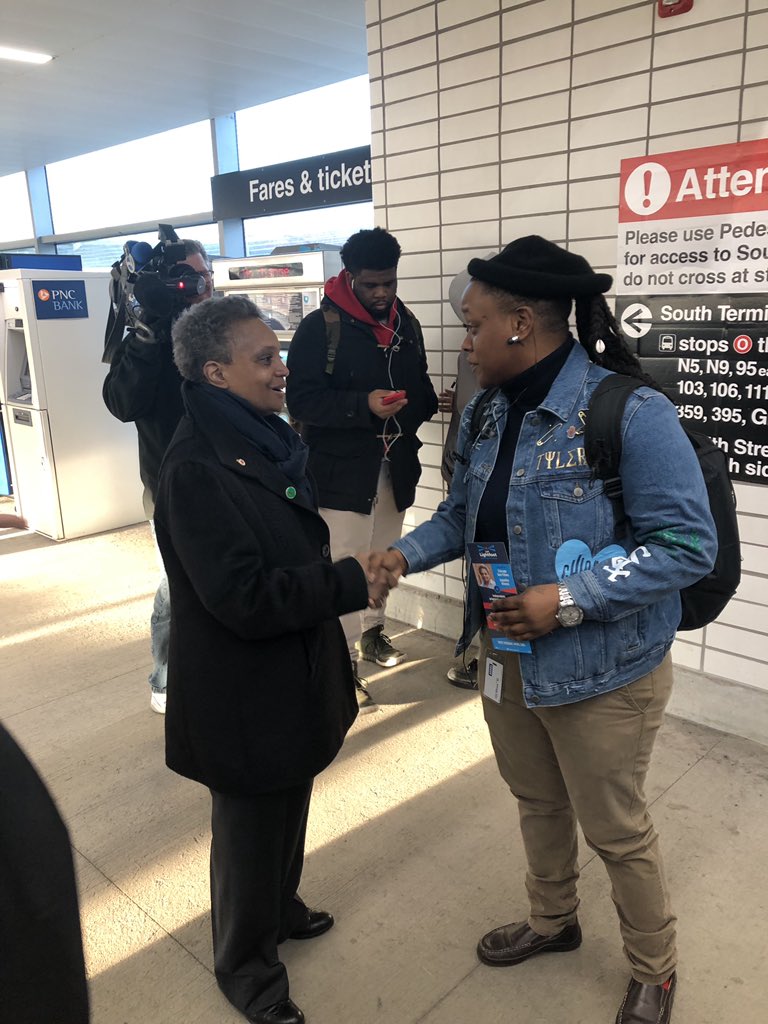 The election is over and Mayor-elect Lightfoot must quickly get to work building a transportation network in which everyone can get where they need to go.

As mayor, Lori Lightfoot can reduce traffic crashes and ease congestion by making it easier to get around without driving or riding alone in a car.

Lightfoot supports upgrading Chicago’s transportation network with more bus lanes, bike lanes and off-street trails – all of which have proven to boost the health, sustainability and equity of Chicago neighborhoods.

She says progress on safe streets has slowed in recent years and she would “redouble Chicago’s efforts,” citing declines in the number of bump-outs, enhanced crosswalks and bike lanes relative to peer cities.

Lightfoot says she will establish a new $20 million line item in the Chicago Department of Transportation’s annual budget for street safety projects on the city’s highest crash corridors, many of which are in historically disinvested communities on the South and West Sides.

Regardless of one’s age, ability, income, race, gender or zip code, all Chicagoans should have safe, convenient and affordable access to jobs, schools, healthcare and recreation. Universal transportation access is critical to building healthier, more sustainable and equitable neighborhoods across Chicago.