Home / Blog / Many benefits in linking Brown Line to Blue

Many benefits in linking Brown Line to Blue 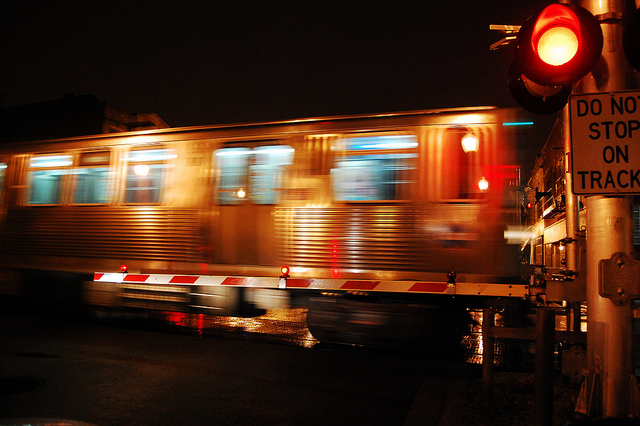 Chicago’s transit network was designed, as many systems in the 19th and 20th Centuries were, as a hub-and-spoke system: there is a central “hub” (the Loop) from which all the “spokes” of the system radiate.

The system works well for commuters who work in the Loop and live in the neighborhoods along the lines, but little else.

Extending the Brown Line west to the Blue Line at Jefferson Park would speed up many of these east-west trips on the North Side. The proposed extension would boost connectivity across the North Side and result in easier access to the lake from neighborhoods along the Blue Line, as well as quicker trips to O’Hare from neighborhoods along the Red Line.

If you live on the North Side, click here to sign a letter to your elected officials in support of the extension and countywide rapid transit expansion.

The line will also bring rapid transit to neighborhoods not currently served by public transit, like Albany Park and Mayfair, and greatly improve access from the Blue Line to job centers at the Brown Line’s Ravenswood and Kimball stops.

In addition to connecting the Brown Line to the Blue Line, the extension would improve commuter access to the Metra’s Union Pacific-Northwest Line, which reaches several suburban employment centers and residential communities.

We are hopeful that establishing a dedicated revenue stream for transit expansion in the county budget, as we call for in our Transit Future vision, will help fund projects like the Brown Line Extension, which is likely to continue to sit on the shelf if there is no increase in the transit budget.

North Side residents, please take action to support the extension today by contacting your county commissioner.

Check out the Brown Line Extension page on the Transit Future website for more details about the benefits of the project.

This post was written by Sam Hersh and Zach Popp, Transit Future interns.

This is the final post in our 10 lines, 5 weeks blog series. For the last five weeks, we’ve taken a look at two lines in the Transit Future vision and made the case for why the county board should take action to expand the rapid transit network in Cook County.