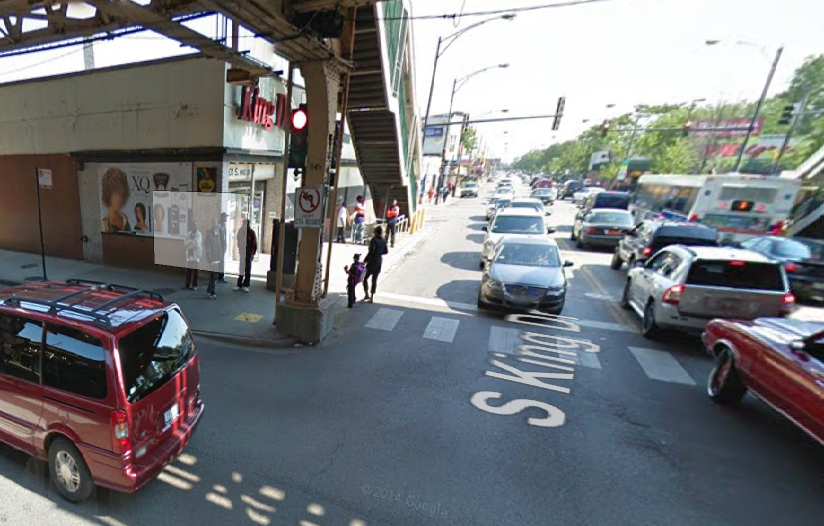 We all can think of street crossings in the Chicago region that are badly in need of safety improvements — many of them in low-income neighborhoods that lack good walking infrastructure.

Last year we launched our Safe Crossings campaign to push for improvements at some of the most dangerous intersections in the region. Five of the ten on our city of Chicago list are located on the South and West Sides.

Here are a few updates on how we’re working closely with city officials, community-based organizations and residents to fight for new safety infrastructure that could help alleviate traffic fatalities in neighborhoods such as Austin and Woodlawn.

Alderman Jason Ervin of the 28th Ward is a strong proponent for making Chicago more biking and walking friendly, and would like to see crashes at the intersection of Cicero Avenue and Madison Street reduced to zero, in line with the city’s Vision Zero goal of eliminating all traffic fatalities by 2022.

He recently oversaw the installation of pedestrian refuge islands and bike lanes on Madison Street, which will slow down traffic, making the street safer for everyone and more comfortable for people biking and walking.

He also hopes it will put more focus on businesses along the notoriously busy corridor, leading to more economic development in the area.

The improvements made by Ald. Ervin are a good example of how positive change can happen in a thriving community like Austin.

Active Trans has been working with Austin Coming Together, the Westside Health Authority and the local CAPS group to push for changes.

To bring awareness of these upcoming projects, Active Trans is hosting a celebratory event in the 28th Ward later this year.

Located on Chicago's South Side, 63rd Street and Martin Luther King Drive is a transportation hub where the #3 bus and Green Line train stop, and car and foot traffic is constantly moving.

In the bustling intersection, there is an lane separated by a pedestrian island that allows left turns in an otherwise no left turn zone, directly connecting MLK Drive to 63rd Street.

Some residents and staff at the nearby Dulles School of Excellence are concerned closure of the diagonal lane could make it more difficult for parents picking up their children by car. If the lane was removed, parents picking up would have to drive north to 61st Street or south to 67th Street to access Dulles at 63rd Street and Calumet Avenue. We've been working with the school to collect feedback.

Another challenge we’re hoping to have addressed is the lack of marked midway crosswalks for people crossing on foot. According to the city, 78 percent of crashes involving pedestrians occur within 125 feet of an intersection.

If you'r interested in getting involved in a focus group that maps out hazards on the South and West Sides of Chicago, please contact Active Trans’ Community Liaison Cynthia Hudson at cynthia@activetrans.org.