Making a case with Congress 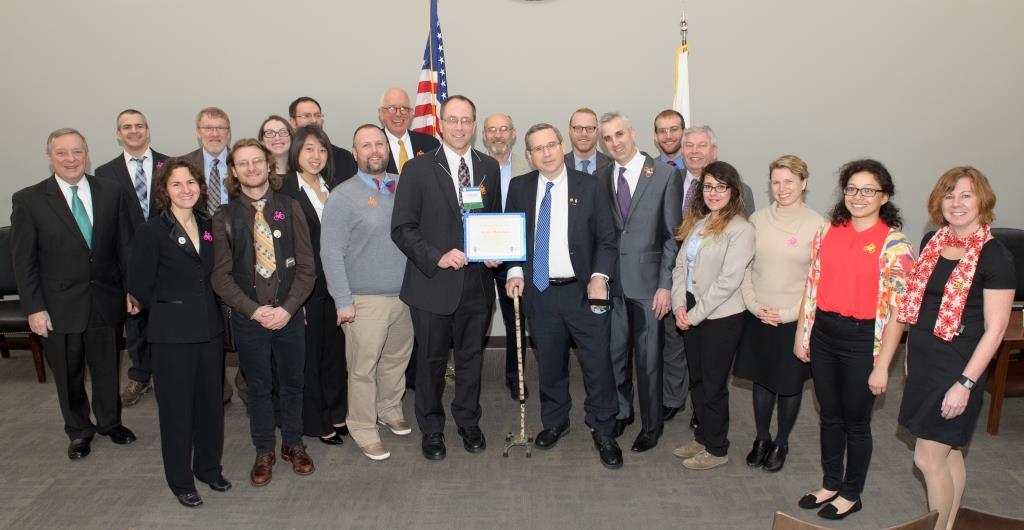 I recently traveled to Washington, D.C., to meet with other bicycling advocates at the National Forum on Women & Bicycling and National Bike Summit — a 2-in-1 conference put on by the League of American Bicyclists.

As part of the event, we spent one full day on Capitol Hill visiting congressional offices to discuss upcoming legislation related to funding multimodal transportation and making our streets safer for everyone.

The first order of the day was to attend the Illinois Constituent Coffee with Senators Durbin and Kirk. The event, held every other Thursday, provides visitors with a chance to introduce themselves to the senators and discuss the cause they're representing.

The rest of the day consisted of small-group meetings with congressional staffers.

Visits to lawmakers’ offices are an important advocacy tool. According to a study by the Congressional Management Foundation, Congressional staffers whose bosses are undecided on an issue are most likely swayed by personal interactions with constituents.

This doesn’t mean that those online petitions from Active Trans you’ve been signing aren’t effective; rather, in-person (or personalized written correspondence) is just more effective — which is why the National Bike Summit, held annually in the spring, devotes an entire day to sending its attendees to lobby on Capitol Hill.

The league this year had a few requests of our legislative branch:

Our House meetings were with Rep. Lipinski (who had his bicycle in his office) as well as Rep. Danny Davis and Rep. Gutierrez. Since we were meeting with staffers, we didn’t get a definitive “yes” to our questions, though our requests were positively received.

On the Senate side, my team met with Sen. Kirk’s staffer, who also responded positively to our asks.

Though we didn’t get exactly the answers we were hoping for (a resounding “yes!” to every question), our time on Capitol Hill was definitely worthwhile.

Getting face-time with our Congressional representatives and staffers opened up a line of communication that wouldn’t have occurred otherwise. We communicated our concerns, and received positive feedback from the people we wanted to reach.

Brianne Downing is a Campaign Advocacy Intern at Active Trans. Photo above courtesy of Ed Barsotti, executive director of the League of Illinois Bicyclists. Barsotti is pictured center left presenting a certificate of appreciation to Sen. Mark Kirk. Pictured far left is Sen. Dick Durbin. Others in the photo are part of the group of advocates from Illinois who met with lawmakers.

Stay on top of Active Trans' legislative and advocacy efforts by reading our monthly e-newsletter. Sign up at the bottom of this page.