Longtime planner looks back on her remarkable career at Active Trans 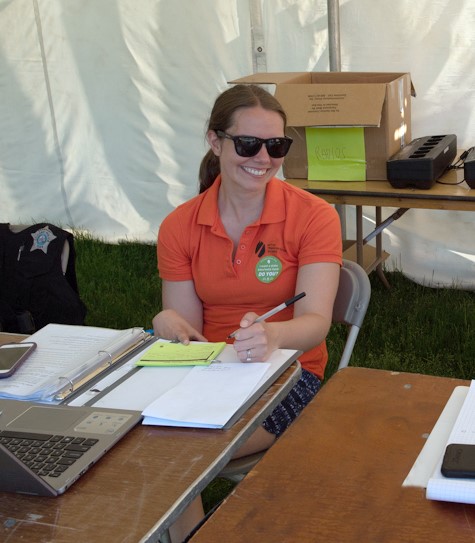 It’s the end of an era. After a decade of service to Active Transportation Alliance, Senior Transportation Planner Heather Schady is moving on, leaving behind a legacy that showcases the transformational power of walking, bicycling, and public transit in metropolitan Chicago.

Schady joined Active Trans in 2009 as its transportation planner. She worked with Active Trans until 2012 and then rejoined the organization in 2014.

Schady’s interest in sustainable transportation stems from her childhood. She grew up in the far northwest suburb of Crystal Lake, Ill. Her father was a bus mechanic for the Chicago Transit Authority, sparking her interest in transportation. Her fascination with planning intensified when she noticed open spaces around her gradually vanishing as Crystal Lake grew quickly to accommodate an increasing population.

“I’ve always been really interested in the intersection between transportation and land use,” Schady says. “When I grew up in Crystal Lake, it was one of the fastest growing communities in the country. I saw farmland just disappearing year by year. At the same time, I realized I couldn’t get anywhere without getting into a car. So that shaped my perspective, which led me to become an urban planner.”

After earning a master’s degree in urban planning from Tufts University in Boston, Schady worked in both Boston and New York, focusing mainly on creating and preserving affordable housing and open spaces, including parkland.

ON THE LEGISLATIVE TRACK

When Schady joined Active Trans, she put her planning, community organizing, and policy skills and experience to work. She worked with Active Trans’ advocacy team and advocates on state-level policy campaigns and planning and transportation projects designed to support sustainable transportation needs. For example, she worked with the Active Trans advocacy team in pushing for the Rebuild Illinois infrastructure funding bill, which allocates $50 million specifically to walking and bicycling projects.

“This is the first time that there is any dedicated state funding for pedestrian and bicycle projects. It’s $50 million every year that we didn’t have in the past,” she says. “It means Illinois will end up prioritizing more bicycle and pedestrian work or transit projects. The more money we can have access to, the better because there’s millions of projects that are just waiting to get done and they just need the money to build on.”

While she enjoyed working on these types of campaigns, Schady says she particularly liked collaborating with about 50 communities around the state to improve their walking, biking, and public transit conditions because those sustainable transportation projects ultimately help enhance the quality of life in those communities.

“My favorite part of the work was being able to provide really high-quality planning services for these communities that can’t afford it or don’t have the in-house expertise to do it and doing it for free,” she says. “We were able to create these affordable and viable transportation options that they can use to better their communities in the future.”

For example, with funding from the Centers for Disease Control and Prevention, Schady collaborated with the Village of Summit in the southwest suburbs to develop a transportation plan and Complete Streets policy, which requires streets to be planned, designed, operated, and maintained to enable safe, comfortable, and convenient travel for all users of the roads.

In addition, she helped the village obtain a $30,000 grant from the CDC to build a sidewalk next to a school so the students could walk safely. The children were previously walking to school in the street as cars drove dangerously close to them.

“We were able to provide this [transportation] plan and then also give them some money to build a project that would have been really hard to fund with federal money or even local dollars that just weren’t available,” Schady says.

Schady is also looking forward to seeing Active Trans carry out one of the last consulting projects she worked on before leaving the nonprofit. She recently helped Cairo, the southernmost city in Illinois, develop a sidewalk plan to enhance walkability in this low-income community. 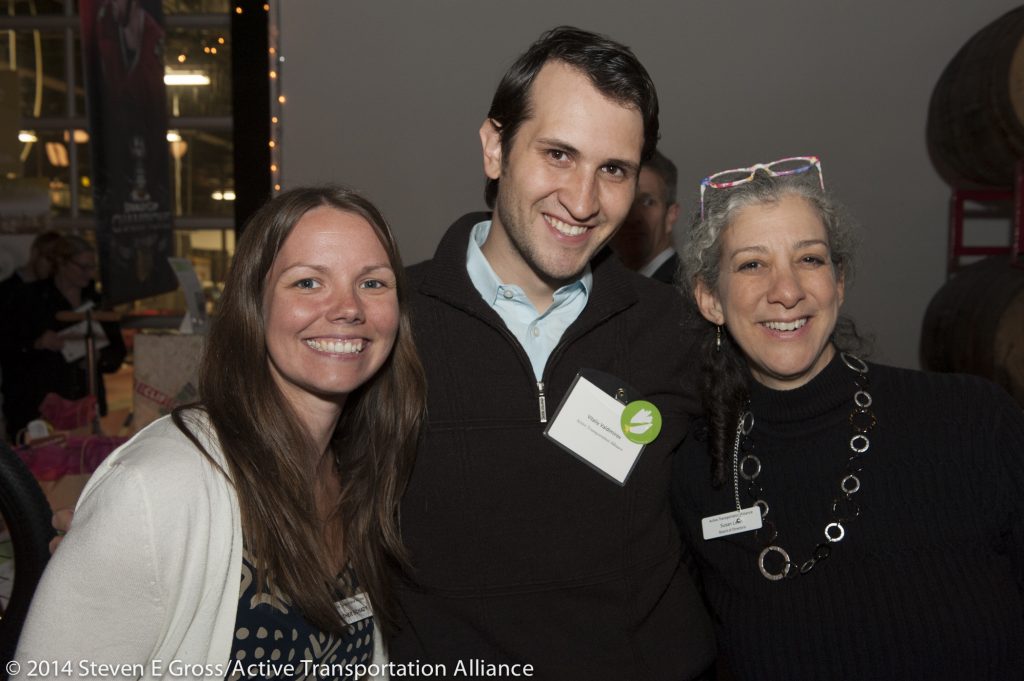 Active Trans will help the city obtain funding this year from the Illinois Transportation Enhancement Program to implement the plan’s recommendations on creating safe spaces to walk. Improving walking infrastructure in Cairo will connect neighbors, improve public health, and enable access to jobs and services, according to Schady.

“This community has faced a lot of disinvestment over the years and just needs a lot of attention,” Schady says. “So we were able to help with some CDC funding to come up with a sidewalk plan for the city. The planning staff at Active Trans are going to work with the city to apply for funding and hopefully be able to build out some of the recommendations that we put into the plan. So that’s another great project I got to work on.”

While working with these communities has been one of the major highlights of her tenure at Active Trans, Schady says she will miss working with the talented and dedicated Active Trans staff. “People are often surprised to hear how small our staff actually is. We’re only less than 20 people, and the amount of work we get done is astonishing when you think about it,” she says. “We do so many things and work with so many people and accomplish so much every year. The list of accomplishments is incredible. We’re a small but mighty group of people that are really just trying to get things done and are dedicated to the mission.”

As she embarks on this new chapter in her life, Schady plans to take some time off to spend with family and friends. But she will miss being a part of the transformational work of Active Trans as it seeks to create a world-class sustainable transportation system in the region.

“It’s been such a privilege to be able to work for this organization for so long and to be able to just work on so many projects that have had a positive impact on the way that a community looks and the way that people are able to get around,” she adds. “I’ll miss being able to do that.”