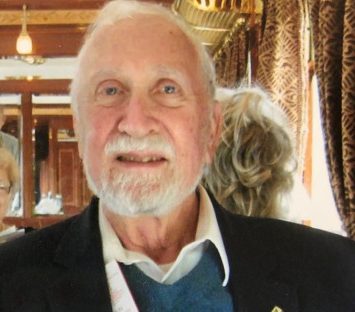 People in the sustainable transportation world were saddened by the recent loss of John LaPlante, who died as a result of COVID-19.

LaPlante, who served as the first Chicago Department of Transportation Commissioner, was dedicated to creating better conditions for people walking and biking in Chicago and throughout the nation.

“John LaPlante’s passing reminds us all of a turning point in the transportation life of our city. He was a passionate public servant who helped bring CDOT to life nearly three decades ago. In the next phase of his career, he worked to extend Chicago’s transportation legacy into the 21st century. While John may be gone, his impact in moving Chicago forward can be seen in the streets, sidewalks, alleys, and bike paths that line every corner of our city.”

Current CDOT Commissioner Gia Biagi was quoted in the Chicago Sun-Times, saying that LaPlante is remembered as a champion for bicycle and pedestrian safety and encouraging Complete Streets — street designs that make roadways safe and accessible for everyone.

In 1991, Active Trans (then called the Chicagoland Bicycle Federation) presented LaPlante an award for being a strong advocate of bicycling at Chicago City Hall since the 70s.

After leaving CDOT, LaPlante worked for nearly 30 years as the director of traffic engineering at T.Y. Lin International, a firm that performs infrastructure work throughout the world. He also served on numerous national committees that were focused on improving conditions for people walking and biking.

“His quiet, thoughtful, and respectful demeanor belied a fierce determination to protect and serve the most vulnerable road users, usually well away from the limelight,” reads a memorial for LaPlante posted on the Tool Design website.

The LaPlante family is encouraging those who wish to make a charitable contribution in John LaPlante’s memory  to donate to Active Trans. Active Trans extends condolences to LaPlante’s family and is grateful for their support.

Photo above courtesy of Leslie LaPlante.