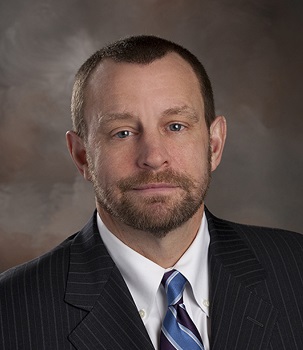 Christopher B. Burke Engineering, Ltd. (CBBEL) is on a mission to get as many of its employees on bikes as possible. The engineering and surveying firm known for its work in communities throughout Illinois uses a variety approaches for encouraging its employees to commute by bicycle to its offices in Rosemont.

The amenities and perks of the robust bike program include rewarding employees with 75 cents for every mile they commute by bike, on-site locker and shower facilities, monthly breakfasts, covered bike racks, quarterly giveaways of bicycle accessories like vests and lights, and a fleet of bikes to use to go to and from commuter stations.

CBBEL’s Bike to Work Program has won numerous awards, including platinum status from the League of American Bicyclists as a Bicycle Friendly Business. The company is an Active Trans Business Member and has won its category several times in our annual Bike Commuter Challenge.

Now CBBEL will receive Active Transportation Alliance’s Business Leader Award at our 2017 Awards Reception on Feb. 16 at Germania Place. Active Trans will honor the company for being a national leader in successfully encouraging its employees to bike to work and for its long-term support of local biking. We hope our members and supporter can join us for this event as we celebrate Burke Engineering and other award recipients who are doing so much for local bicycling.

We caught up with Mike Kerr, CBBEL executive vice president and co-founder of the bike-to-work program, to learn more about the 11-year-old cycling program and its impact.

Active Trans: Why did Christopher Burke Engineering decide to create its bike-to-work program?

Kerr: CBBEL’s Bike to Work program was started in 2006 to promote company health and well-being and to practice environmental sustainability. At CBBEL, we have always put an emphasis on doing our part to reduce any impact on the environment. That’s why we grow a rooftop garden, have an office-wide composting system and have taken steps to make our building structure greener.

Active Trans: Why did CBBEL want to emphasize local bicycling?

Kerr: Biking is a great way to get to work not only for the positive impacts on the environment, but for the positive impacts on the individual. For busy employees, it’s a great way to get exercise in a time crunched environment — we come to work energized, feeling good and prepared for the day. Employees bike to our offices in Rosemont from all over.

Active Trans: How has the program benefitted your employees and the company?

Kerr: Those who participate in the program tend to be healthier, happier and leaner. In fact, most participants would continue biking to work even if there were none of the financial incentives. The program has also lead to a reduction in participant medical costs and increased employee morale and camaraderie.

Active Trans: What do employees say they like best about the bike-to-work program?

Kerr: Overall the best part of the program is how easy CBBEL has made it to bike to work. We try to address every issue that an employee might have in biking to work:  We provide shower facilities, bike storage, discounts on equipment, guidance on routes and more. We even provide cars for employees to use in the event of an emergency or personal situation. If you biked to work in the morning and your kid is sick and needs to be picked up from school, we’ve got vehicles on site for you to use. Really, if you want to bike to work, we want to make it as easy as possible for you to do so.

Kerr: Commuting by bicycle and actually utilizing the bicycle infrastructure really helps to apply practical experience to transportation design. I think a lot of details are missed if you’re not a user of the facility.

Active Trans: CBBEL has won many awards for its bike-to-work program. What’s your proudest achievement so far with the program?

Kerr: We have received some great awards for the program, most notably the Platinum Level Bicycle Friendly Business from the League of American Bicyclists — one of only four companies in the Midwest to receive that recognition.

But I think the proudest achievement is how well this program has taken off among employees. Since the program’s inception in 2006, more than 150 employees have commuted over 300,000 miles, eliminating roughly 618,000 pounds of carbon dioxide. That’s a quantifiable, positive impact we are having on the environment and our employees, and I think that’s something to really be proud of.

Kerr: Having resources is a great asset in a bike-to-work program, but you don’t need them to be successful. The best advice is to lead by example. We have some great bike-to-work advocates in the office, including our founder and CEO Christopher Burke. When you have that sort of buy-in from the top levels of an organization, it really has a positive impact on the rest of the employees and benefits the program as a whole. Start small and build upon successes.

Please consider coming to the 2017 Active Trans Awards Reception on Feb. 16, where we will be honoring Christopher B. Burke Engineering, as well as Slow Roll Chicago and MB Financial Bank.

Photo of Mike Kerr courtesy of Christopher B. Burke Engineering.