Limiting turns could save lives 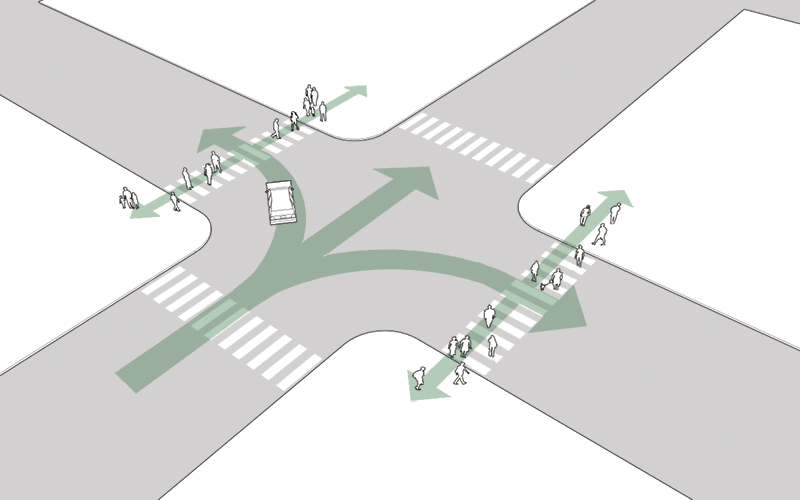 It’s no secret that the majority of crashes that result in people walking and biking being killed involve turning vehicles. The question is what can be done about it.

People biking are more likely to be involved in “right hook” crashes where a person driving passes to the left of a person biking and then makes a right turn. Fifty-five percent of bicycle crashes occur at intersections.

Sign our Vision Zero Call to Action to show your support for limiting turns.

Twenty-three year-old Anastasia Kondrasheva was killed by the driver of a flatbed truck in a right-hook crash in Roscoe Village in September.

Chicago’s regional planning agency has found reducing turning conflicts is one of the most cost-effective ways to improve traffic safety. Relatively minor changes like adjusting signal timing or restricting turns in high-crash corridors can be done quickly at low cost.

These strategies have proven effective at improving safety not just in Chicago but in cities across the U.S. Here are some changes Chicago should consider:

Limiting and protecting turns are low-cost ways to make progress on Vision Zero. Sign our Call to Action to show you’re on board.

Learn more about Vision Zero – including our policy recommendations on commercial vehicles, hit and run crashes, and speed reduction – on our Vision Zero campaign page.