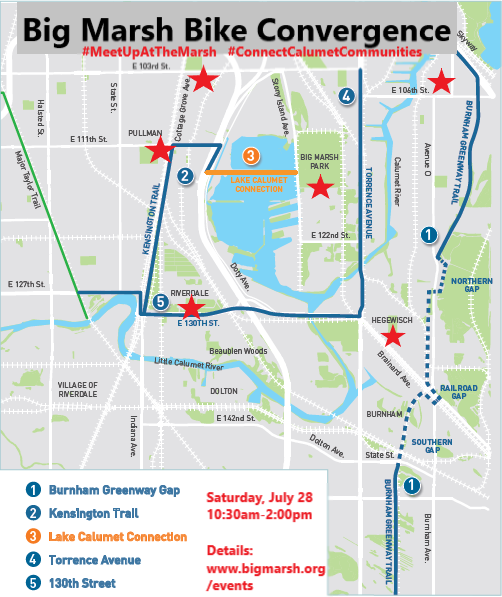 The needs of people biking and walking on Chicago’s Southeast Side have been ignored for too long. In an effort to change that, community advocates are now ramping up the pressure on local elected officials.

Join Active Trans, the Southside Trailblazers, Friends of Big Marsh and Slow Roll Chicago on Saturday, July 28 for the Big Marsh Bike Convergence community ride. We will travel from four community areas around Lake Calumet and convene at Big Marsh Park to highlight the challenges for people biking and walking on the Far South and East sides of Chicago.

Active Trans has been advocating for improved connections for people biking and walking in the Far South and East sides of Chicago for several years. Community areas that are within a few miles of one another, such as Pullman and Hegewisch, are separated by industrial areas and major roadways and only accessible by car.

The Chicago Park District led a planning process in these historically disinvested communities in 2016 to connect seven existing and planned open space areas on the Far South Side, including Big Marsh Park. These parks are a valuable public amenity yet many of the surrounding communities still do have not have a safe way to get to them on foot, bike or public transportation.

Participants in the Big Marsh Convergence ride will meet up at one of five starting points in one of the four communities around Lake Calumet (Pullman, Riversale, Hegewisch, the East Side) Saturday, July 28 at 10:30 a.m. to roll to Big Marsh Bike Park for a tour of the park and lunch (see event details below). The Riverdale group will be taking a van as there are no safe connections between Riverdale and Big Marsh Bike Park.

If you can’t make it on Saturday, then sign our petition today to show your support for the improving the following connections for people biking and walking on the Far South and East Sides of Chicago:

Several of these priorities have been called for in various planning documents such as the Southeast Area Wide Plan, Big Marsh Access Action Plan and the soon-to-be-released Riverdale Multi-Modal Transportation Plan. Sadly, there is still no funding or plan for implementation for any of these plans.

We need to come together to build power and make these connections a priority for local elected officials.

Where: Please meet at one of the following locations: 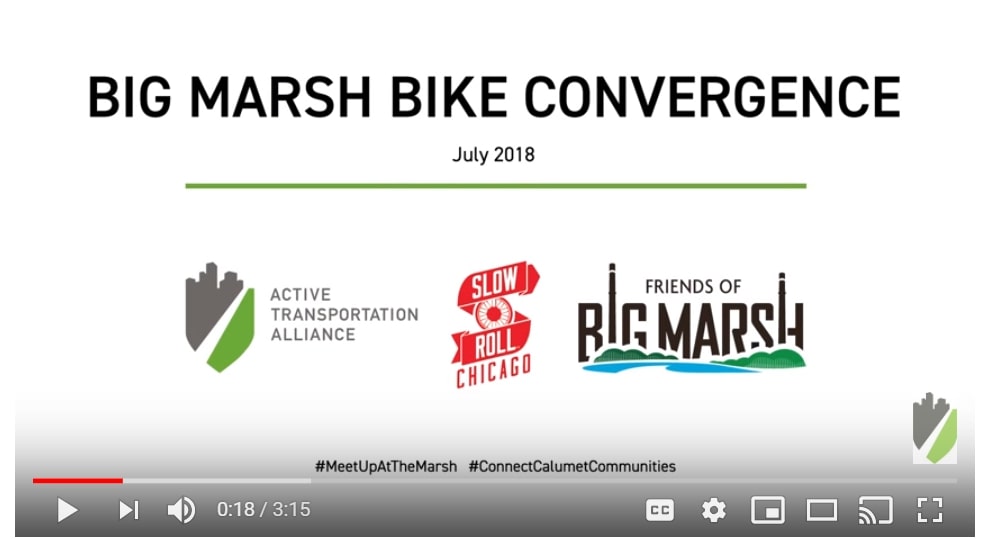 Check out a short video featuring interviews with participants of the Big Marsh Bike Convergence! And don’t forget to sign the petition to support our campaign to #ConnectCalumetCommunities!