Increase transit funding so we can bring back #11 bus 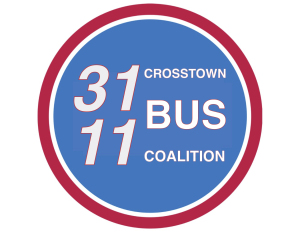 Since the CTA cut the No. 11 bus and several other routes in 2012, local leaders on the North Side have organized to bring it back and the campaign continues to gain steam.

Supporters argue the north-south route through a busy commercial district on Lincoln Ave. between Western and Fullerton is critical to neighborhood mobility.

The CTA’s explanation for cutting the route was that the Lincoln Ave. corridor is “one of the most transit-rich areas of the city with multiple transit options.”

According to the CTA, ridership at all seven Brown Line stations along Lincoln Ave. increased by an average of six percent since the cut.

Of course, not all Chicagoans can easily walk the longer distances required to access the Brown Line, particularly seniors and people with disabilities.

Ald. Pawar has called the No. 11 bus a “lifeline” for North Side seniors, supporting his claim with survey data collected from more than 2,500 constituents.

The local chambers of commerce in Lincoln Park, Lakeview, Northcenter and Lincoln Square-Ravenswood support bringing the bus back, too, recognizing the potential for additional transit access to increase economic activity.

Similar support exists for restoring the No. 31 bus route on 31st St. The Bridgeport Alliance, Coalition for a Better Chinese-American Community and Southsiders Organized for Unity and Liberation lead the charge.

Leaders at CTA say they’ll continue to talk with coalition leaders, but there are no current plans to restore service, despite the strength and persistence of the neighborhood coalition.

That’s disappointing, although not surprising given the financial challenges the agency is facing.

When transit-dependent residents demand better access, our agencies should be in a better position to respond.

With federal and state funding for transit dropping year after year, and no new local revenue source dedicated to transit to help fill the gap, the agency’s options are bleak.

When it cut the No. 11 and other routes in 2012, CTA added service to 48 existing bus routes and train lines to relieve congestion.

If restoring service in the Lincoln Ave. corridor would mean cutting service where demand is highest or removing routes in underserved areas, the choice becomes much more difficult.

The CTA should engage the local coalition and consider restoring service.

Meanwhile, city, county and state leaders must work together to secure more transit funding so routes like the No. 11 aren’t cut in the first place.

UPDATE: At a board meeting on Nov. 18th CTA President Dorval Carter announced the No. 11 and 31 buses will be returning on a pilot basis in spring 2016. Years of advocacy by local residents, businesses and elected officials paid off!