Illinois has work to do to be more bicycle friendly 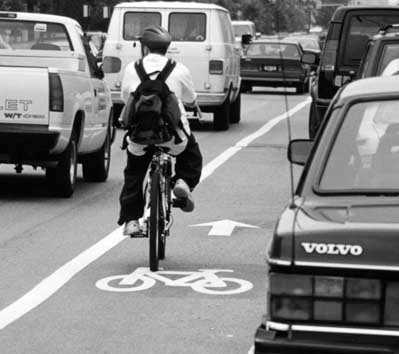 A new report finds Illinois has a solid foundation in place to become one of the most bicycle friendly states in the nation, but we’re missing opportunities to improve.

The League of American Bicyclists ranks Illinois 16th in the country and third in the Midwest for biking and walking.

The state finished first in the Legislation & Enforcement category – thanks in part to the strength of Illinois’ Cyclist Anti-Harassment and Must Stop for Pedestrians laws, which Active Trans helped pass in 2010.

Illinois ranked 45th, however, in Infrastructure & Funding, as the state lacks dedicated funding for bicycle infrastructure and has limited bike facilities on state roads.

Making improvements to the built environment for people biking, either by building low stress bike infrastructure or funding local communities to build it, is of critical importance to a bike friendly state.

Until the state starts making changes by updating its design standards to match national best practices, prioritizing construction of bike facilities on its own roads, and providing dedicated funding for local communities to build bike facilities, our 16th best state ranking is dubious.

The report highlights the state’s lack of progress on implementing the state bike plan, which was released in 2014 but is still in the early stages of implementation. The plan includes many recommendations that would greatly improve the state’s climate for bicycling and boost the ranking in future years, such as:

Active Trans continues to talk with leaders at the Illinois Department of Transportation and elected members of the general assembly about the need for progress on these and other state priorities.

We know from our experience in Illinois and monitoring activity in other states that dedicated bike-walk funding and high standards for infrastructure – such as protected bike lanes – are critically important to changing behavior, and getting more people biking and walking.

Join our advocacy supporter list to get involved in our state advocacy.