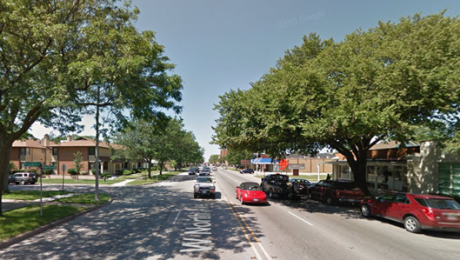 Across much of Chicago and through its western suburbs, North Ave. is one of those dreaded major arterial roads.

The state-owned, super-sized street is designed to move as many cars as possible as quickly as possible, regardless of the impact on people walking, biking and riding transit.

Now we may have an opportunity to change that and make North Ave. safer for everyone.

If you walk, bike or ride transit on North Ave., take a brief survey to help make it safer.

Pace Suburban Bus and the Regional Transportation Authority (RTA) are partnering on a North Avenue Corridor Study focused on potential improvements for people who walk, bike and ride transit.

The study leaders will use survey results to establish priorities for the plan so it’s critical that people who walk, bike and ride transit participate. As you’re working through the survey, be sure to highlight specific active transportation needs and improvements. Several questions refer to long overdue benefits like “more Pace service,” “wider sidewalks” and “better bicycle access.”

Sign up to receive advocacy alerts on the study and other topics in your neighborhood.

In this year’s budget Pace included millions of dollars in funding for new service, and plans to launch its first Pace Pulse service BRT line on Milwaukee Avenue in Niles in 2017.

Is North Ave. next? Take the 10-minute survey available in English and Spanish to help make it happen. You can also share an idea, upload a photo and post a comment on the study area map to provide feedback.