Help improve safety on the Lakefront Trail! Take our survey 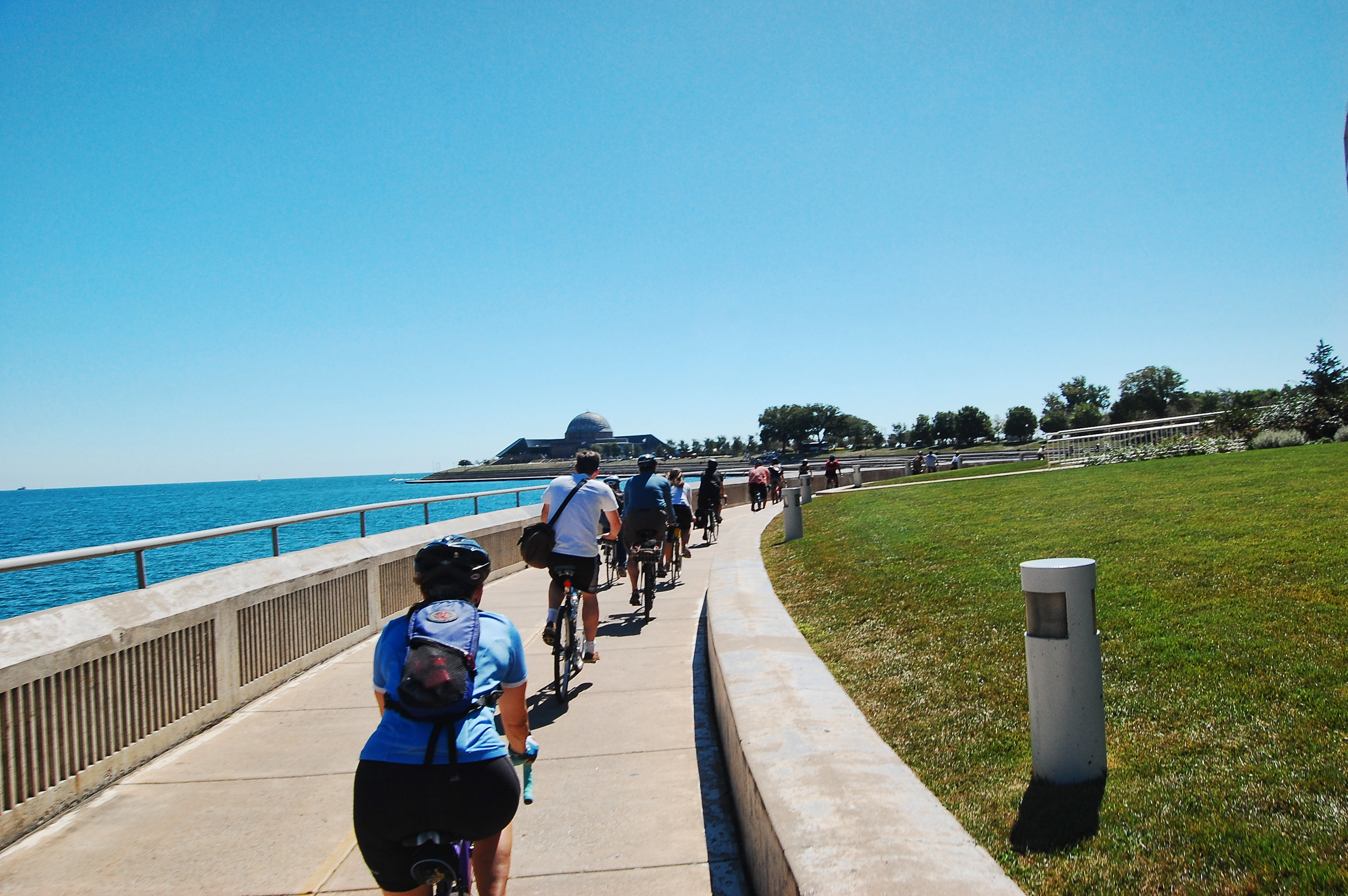 Helping make the Lakefront Trail safer and more convenient for everyone who uses it has been a priority of Active Trans for decades. As anyone who uses the trail knows, jumping on the trail for a run, a stroll or a bike ride too often means being confronted with heavy congestion and potential conflict with fellow trail users.

This summer the Chicago Park District launched a planning process with Active Trans and the Chicago Area Runners Association (CARA) to improve safety on the increasingly popular trail — now ranked as the busiest trail in the U.S. The goal of the process is to identify potential short- and long-term improvements that would make the trail safer for everybody.

We need your help! Click here to complete a brief survey about your experience on the trail. Your feedback will be incorporated into the ongoing planning process.

In 2013 Active Trans partnered with CARA and Friends of the Parks to publish the People on the Trail Public Engagement Report. We still use data from that report in our trail advocacy efforts and the park district continues to use it as a resource as well.

The new survey is focused on identifying the most effective ways to resolve many of the issues highlighted in the report, such as congestion and conflicts between people biking and walking.

Last year we worked with Lakefront Trail crash victim Megan Milliams to share her story and make the case for creating separated trail space for people biking and people walking. Megan was running on the trail one year ago when she was struck by a person biking.

She said she wasn’t sure who to blame — if blame should even be assigned. She just wanted to help make sure these crashes don’t keep happening.

We worked with Megan to build support for safety improvements on the trail — including creating more separated trail space — in a petition to the park district and local elected officials.

More than 1,700 supporters have signed the petition this year. For Chicago's most recent municipal election, we asked candidates about this issue. Among those who responded, all the mayoral candidates and 93 percent of aldermanic candidates said they support separation.

Creating separated trail space is also the top public priority in the ongoing planning process for the reconstruction of North Lake Shore Drive, according to feedback collected at public meetings and online.

Take a few minutes to complete the survey and share it with your friends and family online. Stay tuned to the blog for results and updates on the planning process.