Home / Blog / Get involved with better transit in the Loop

Get involved with better transit in the Loop 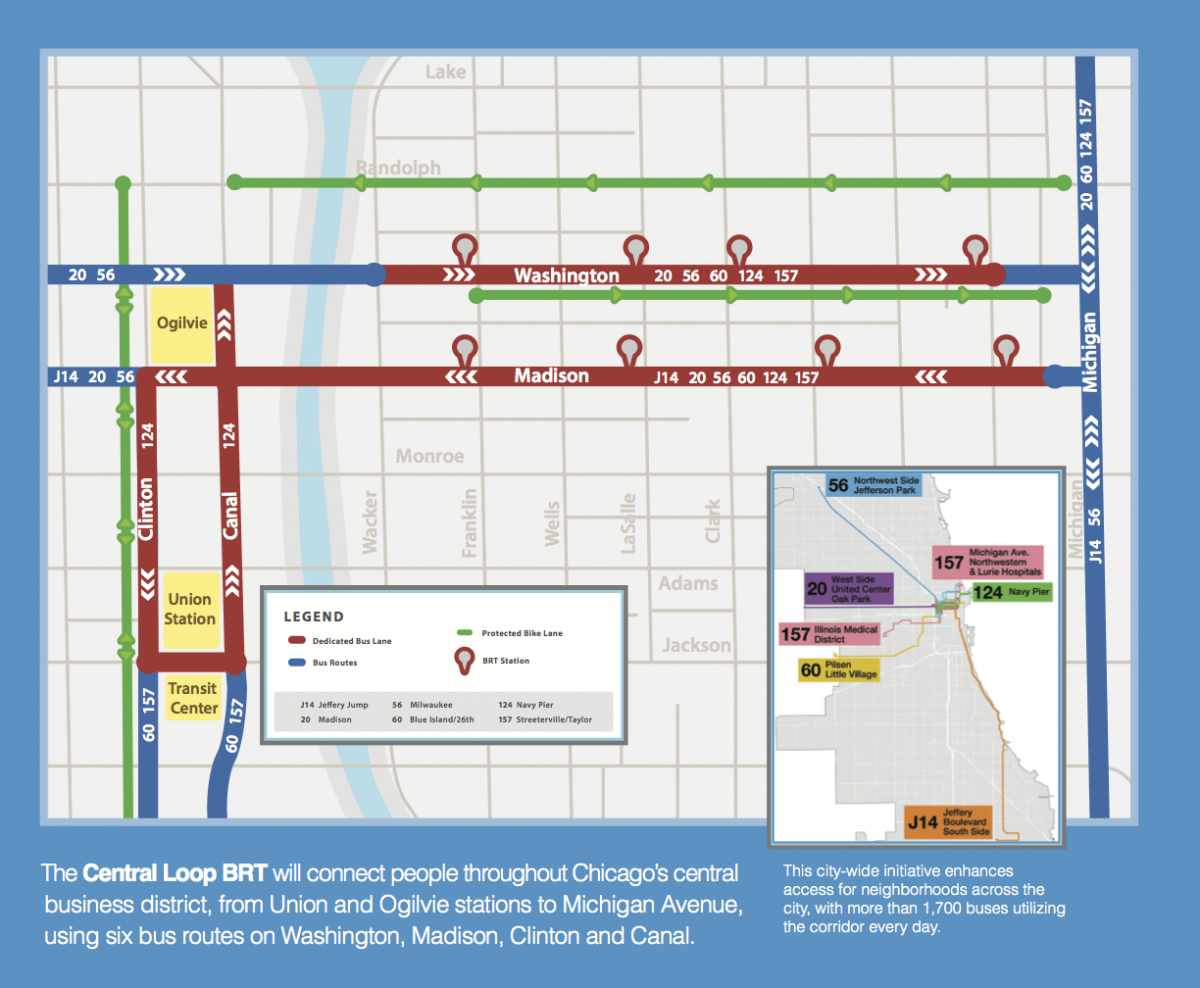 Most commuters, visitors and residents in Chicago’s Loop can quickly identify the biggest transportation challenge: moving east-west across downtown.

Whether you’re walking, biking or riding transit, getting across the Loop is often frustratingly slow and unpredictable, particularly during peak rush hour times.

That’s why the Chicago Department of Transportation (CDOT) is installing a new rapid transit corridor this year with dedicated bus lanes on Washington and Madison, and connections to Ogilvie and Union Stations in the West Loop.

Fill out this brief survey if you’d like to learn more about how you can get involved.

In addition to transit riders, the project also will benefit people walking and riding bikes. Existing bus shelters will be relocated from the sidewalk and replaced with new stations on the corridor, opening up sidewalk space for people walking. People riding bikes will be able to take advantage of new protected bike lanes on Randolph and Washington.

The data shows the vast majority of people are riding transit, walking or biking to get around the Loop. Buses carry nearly half of all travelers in vehicles on Washington and Madison, yet travel as slow as 3mph during rush hour, or walking speed.

With construction beginning this spring and service scheduled to launch later in 2015, we’re stepping up our advocacy efforts to help ensure the project is implemented efficiently with the benefits promised to people riding transit, walking and biking.

We are looking for Loop commuters and residents who use the corridor regularly and can provide feedback on their experience. Activities may include sharing their stories with our members and supporters, speaking with a reporter about transportation in the Loop or signing on to a letter of support.

Complete this brief survey to learn how you can help.

Images courtesy of the CTA.